Last week, my friend, fellow board member and community volunteer Tom Mercer lost his life in a traffic collision as told by this publication. Much else has been published this week and I wish I could read more about men like Tom. I met Tom Mercer several years ago when he sought out volunteer opportunities to help others in our community. Tom began to assist the organization for which I was also a volunteer at the time, Transitional Food and Shelter(TFS). TFS houses medically fragile homeless persons in need of access to 24 hour bed rest to recover from illness or injury through the work of an all-volunteer staff, and active board of directors. 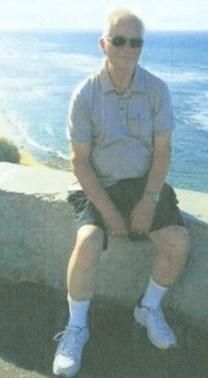 Tom first assisted TFS by sending thank you letters to all persons who contributed financially to support TFS’ mission. Tom later stepped into an active board position with TFS as Secretary and eventually a member of the finance committee. Tom contributed thoughtful and uplifting stories, ideas and momentos to each of his fellow TFS board members. The framed sketch of a laughing Jesus that Tom gave to us all sits atop a bookcase of treasured items I have from family in my home.

When I think about Tom, I immediately muse about how Tom challenged our concepts and thinking on topics that we had to wrestle with to make TFS better and serve our those in need in the best way we could. Tom and I engaged in spirited, productive and respectful written exchanges on several policy and best practice decisions over the years which always made me dig deeper, think harder and look at issues from a different perspective. All good things you want from a friend and co-worker. Tom made me better at what I was doing when he was involved. Tom also paid attention, one of the most important tasks in the daily life of every sentient being on this earth. This about Tom also made us better.

In the sidebar conversations held before and after the meetings I attended with Tom, I was aware of at least three other organizations for which Tom gave of himself to serve others. No doubt there are others that miss Tom greatly right now. Tom got out early, a little of a bummer for us who miss him and for Tom, well good for him, it is an honor to get to leave early. Many thanks to you Tom Mercer, you are a good man.