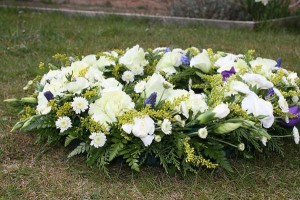 –Lloyd Bobsin Lloyd George Bobsin, 93, died Friday, March 24, 2016, at his home in Atascadero following several strokes. He was born in Woodlake, Minnesota, to Louis and Emma Bobsin. After graduating from high school, he served in the U.S. Army during World War II from December 1942 to March 1946, after which he earned an engineering degree from Cuesta Junior College.

Lloyd served as U.S. Postmaster in Atascadero for many years until his retirement in April 1977. In 1952, Mr. Bobsin married Roseanne Bobsin who preceded him in death. On August 7, 1982, Lloyd married Clydean, to whom he was married at the time of his death. An avid golfer, (he hit several holes-in-one) and would take his golf clubs with him whenever he traveled. He also enjoyed crossword puzzles, playing cards, current events and all sports activities.

He and Clydean loved to travel, and one of his favorite vacation spots was Sunriver, Oregon. He also enjoyed seeing Europe. Above all, Franklin had a great sense of humor and was a loving husband, father and grandfather, adored by all his family and many friends, and devoted to his church and Christian beliefs.