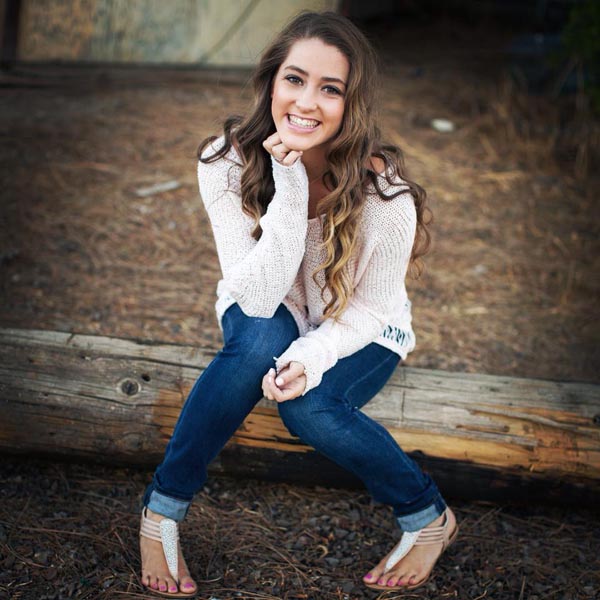 – Riley Benado, an 18-year-old graduate of Paso Robles High School, has recently been given a diagnosis of stage three ovarian cancer. The former varsity cheer captain and current Cuesta student will be going in for a full hysterectomy on Sept. 26. She and her family have launched a gofundme campaign to raise money for the costs accrued. There is also a fundraiser that will be held on Friday night, at the Paso Robles High School Homecoming game.

The Benado family, originally from Oxnard, moved to Paso Robles five years ago. “This community has been amazing,” said her father, Brent. Riley describes her family as, “understanding, crazy, and unconditionally supportive.” She attended Paso Robles High and graduated last year. She was accepted to multiple universities but instead decided to stay close to home. Her diagnoses was on Sept. 23.

On her gofundme site, Riley writes:

On Monday Sept. 14, 2015 I went to the gynecologist for a check up because I was experiencing severe bloating and pain in my pelvis. It looked like my stomach was 5 months pregnant. The doctors gave me a pregnancy test, and of course it was negative — I’m experiencing all of this, yet I’m still a virgin.

Next, they decided it was best to do an ultrasound to see if anything would appear abnormal in my stomach. During this, they found extra fluid in my stomach, but it was difficult to see my organs well enough to notice if anything was wrong. On Thursday Sept. 17, 2015, doctors performed a CAT scan to better see my ovaries and my appendix. The doctors called me back first thing Friday morning as soon as they received the results. I went back to my gynecologist as soon as they called, and she told me there was a 98-percent chance that I would be diagnosed with Ovarian Cancer…

She explained I have an 11 by 13 centimeter mass on ‘one’ ovary (so large it affected both sides), extra fluid in my stomach, and enlarged lymph nodes — all indications of Ovarian Cancer. I couldn’t believe what I was hearing. A few days later, my blood was sent to the lab to do some testing before I was called by an OB/GYN Oncology specialist in the Stanford area. Her name is Dr. O’Hanlan.

On September 23rd, I was officially diagnosed with stage three ovarian cancer… 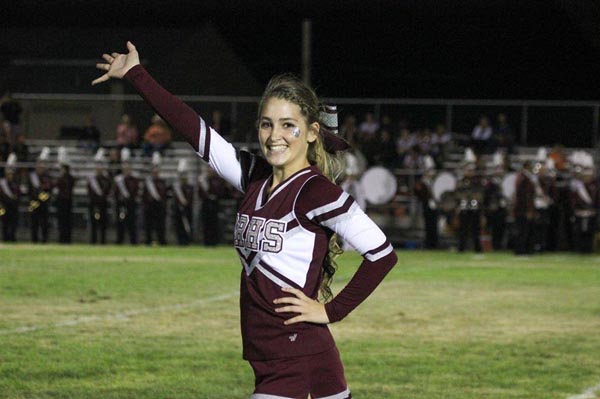 Riley is a Paso Robles High School graduate and former varsity cheer captain. She has been volunteering her time teaching cheer to local youth.

Riley is scheduled for surgery for Sept. 26. During the surgery, the mass, any and all infected organs, her ovaries, eggs, and her uterus will be removed. “At this age, removal of these parts of my body is not only scary, but it’s heartbreaking,” she writes. “I have always dreamed of having my own children and raising a family. I love kids so much, so to know I will never have a child with my own genes and my own characteristics breaks me down.”

During this extremely hard time, Riley says that she is, “appreciating every second of the love and support I receive from friends, family, and my community.” A campaign, #RallyForRiley, has been posted on Facebook, Instagram, SnapChat, and Twitter. Brent said that Paso Robles High has banners up around the school supporting Riley in her fight. She has also launched a special blog about her journey.

“Never did I think that at only 18 years old I would be battling such a brutal disease,” she writes. “Because this is so rare for someone at such a young age, I hope that others can become aware of Ovarian Cancer after reading about my story. I hope my journey inspires others and helps anyone going through similar challenges to understand that they, too can overcome a difficult battle. Thank you for your love, support, encouragement, and contribution to this fight. Together, I believe we can beat this!”