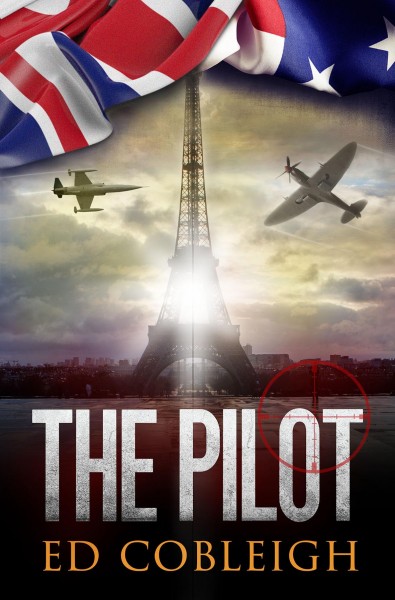 Paso Robles author Ed Cobleigh’s new novel, “The Pilot: Fighter Planes and Paris,” is now available from Amazon.com. Cobleigh’s first book was entitled, “War for the Hell of It.”

In this action/adventure/love story, an unnamed pilot loves three things: fighter planes, a beautiful woman, and Paris. “He is to fly the new F-35, but he fears its electronics will erode his warrior’s ethos. Complicating his future is a mysterious French woman, the strong female co-protagonist, who might be a spy, or maybe someone much closer to him,” said Cobleigh.

“The Pilot has mastered many fighters, from the unstable Sopwith Camel to the stiletto F-104 Starfighter, but this challenge is different. He can’t shoot down the future, but his storied past is key to his present,” he said.

The Pilot promises to deliver a, “mélange of air combat, libido, memories, and aviation history.”

Cobleigh said, “For those who rarely read novels as well as for those who do, the book puts the reader in the cockpit and the bedroom, immerses you in Parisian ambiance, and answers the question, ‘Who is the Pilot?'”

Ed’s articles on fighter weapons and tactics have been published in numerous trade journals such as; Aviation Week, Armada Magazine, Fighter Weapons Review, Soldier and Technology, Car and Driver, Road and Track, and MiG Sweep. His Op/Ed pieces have appeared in the Arizona Daily Star and the San Luis Obispo Tribune.

His first book, “War for the Hell of It,” was published by Penguin Books. He also assisted as a contributing editor on two non-fiction books, “America’s Secret MiG Squadron” and “Hughes After Howard.”

Ed and his wife, Heidi, live in Paso Robles with their horses and dogs. 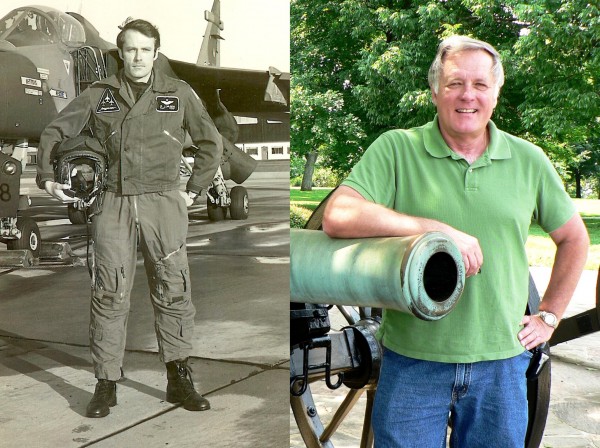 The author when he was a fighter pilot with the Royal Air Force, and a current photo. Courtesy photos.