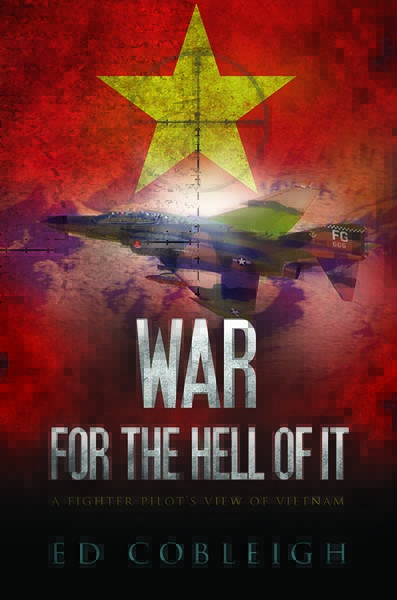 –Amazon.com named the second edition of local author Ed Cobleigh’s personal account of air combat, “War for the Hell of It: A Fighter Pilot’s View of Vietnam,” as the number one bestseller in its genre.

Cobleigh describes the book as, “A creative non-fiction account of all the fun I had losing the Vietnam War.” The fast-paced narrative features a, “series of exciting, emotional, and gripping episodes.” The thrills, the fear, and even the humor of life in a fighter squadron are all depicted in jargon-free, lyrical prose.

The first edition was released with Penguin books, selling 6,100+ copies, but left the story incomplete. Cobleigh added more content and deeper insights in the second edition, aiming at an audience for whom clear perceptions of the Vietnam War are receding fast into the mists of history.

“War for the Hell of It: A Fighter Pilot’s View of Vietnam” is available in paperback and as a Kindle download at Amazon.com and at the Estrella Warbirds Museum gift shop in Paso Robles. Published by Check Six Books of Paso Robles, California, it was formatted by Wise Media Group of Morro Bay, California.