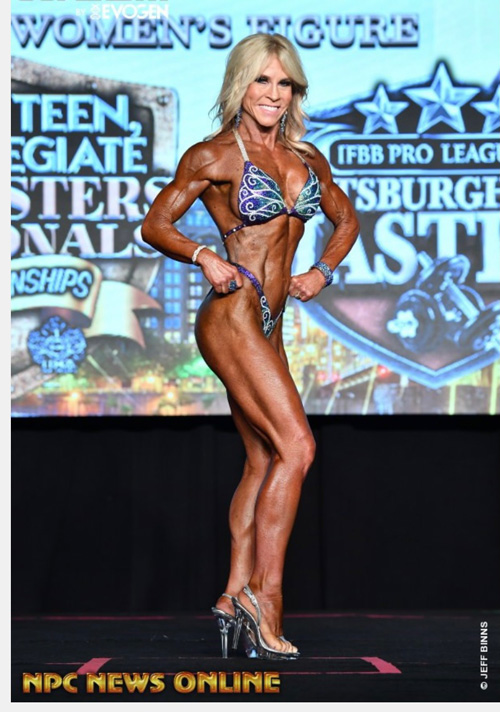 – Paso Robles resident and International Federation of Bodybuilding and Fitness (IFBB) Masters Pro Figure competitor Linda Flynn is set to compete at the first-ever 2022 IFBB Pro Masters World Championships on July 24. The event will be hosted in Pittsburgh and feature competitors from around the world who hold an IFBB Pro League status. In addition to this event, Flynn plans on competing in the 2022 IFBB Pro League Pittsburgh Pro Masters Championships on Sept. 3.

“I believe Masters World will be my biggest competition yet. There will be competitors I have never competed against before because instead of just the USA, it will be the world. This opportunity is one I should learn and grow from, especially on this kind of a stage where I really need to be on my game and show improvement from last year,” Flynn said.

In preparation for the competitions, Flynn notes that her focus is on her legs, specifically on quads and hamstrings, which took her about four years to develop to the same strength as her upper body.

“The judges really do pay attention to the changes you have made in your physique, be it good or bad. I thrive with challenges such as gaining size and symmetry with the areas of my body that need improvement,” said Flynn, adding that back, shoulders, arms, abs, and chest are her strongest assets.

Another notable competition set to occur after almost a decade long hiatus is the Masters Olympia in 2023. In order to compete at this event, competitors must win at shows and earn points to qualify.

“[Masters Olympia] is definitely a big deal and something to work hard towards,” said Flynn, who is considering purchasing a new suit and heels as she enters her eighth year of competition with many future shows planned.

To read more about Flynn’s history with competition, click here.