– One of the final events at the 2015 California Mid State Fair was the popular Mutton Bustin’ Championship. The tournament was held Sunday, August 2 at 7:30 p.m. 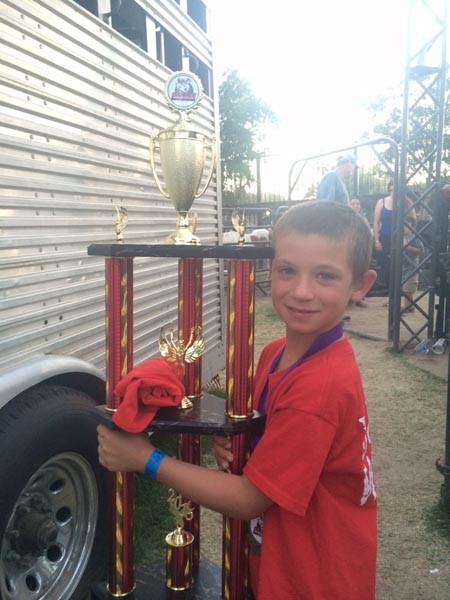 Each child that competed and won their class during the 10 days of the fair was asked to come back for the championship drive. With four competitions each day, there were 47 first place winners invited to compete, about 30 of which came on Sunday. Each child received a ride, a time, and a score, and then the top 10 children received another ride to fight for first, second and third places.

Seven-year-old North County boy Aidan Twisselman was the champion. He received a score of 85 in his final ride. He has been invited to compete in the World Champion Mutton Bustin’ Finals at the Fresno County Fair in October. He is the son of Curtis and Karli Twisselman.