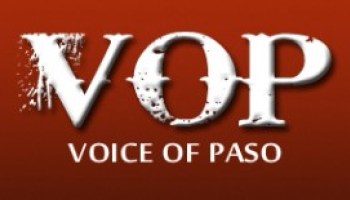 –Three more local businesses have joined the roster of those supporting the broadcast of high school sports on the area’s local Internet radio station, the Voice of Paso (www.VoiceOfPaso.com). The additions include Solarponics, Rob’s CPR and Mistura Restaurant.

“We are so happy that more business have chosen to support local high school sports broadcasts,” said Voice of Paso owner Steve Martin. “It’s a real indicator that this new and exciting form of broadcasting is catching on and attracting attention.”

Voice of Paso got into the sportscasting business last year when it stepped up to carry Paso Robles High School football games. Since then the station has carried high school baseball, soccer, softball, wrestling and swim competitions. The local Internet station has also broadcast the Pioneer Day Parade, Vine Street Showcase and Downtown Lighting Ceremony.

“This is a really cool way to bring radio into the 21st Century,” said Martin, who has experience working in traditional radio. “Unlike old-fashioned stations whose signals fade with distance, Internet station can be heard around the world with CD-quality sound. We’ve had listeners message us from all over the country and even as far away as Europe. It a great way for former Bearcats and their families to keep in touch with local high school sports.”

Martin said the Voice of Paso plans to expand its sports coverage to other schools and will even carry a 10-game schedule for the semi-pro San Luis Blues ball club. The station also carries other, locally-produced non-sports programs such as The Next Big Thing (tech products), The Art of Life (art on the Central Coast) and Reality Radio (local issues).