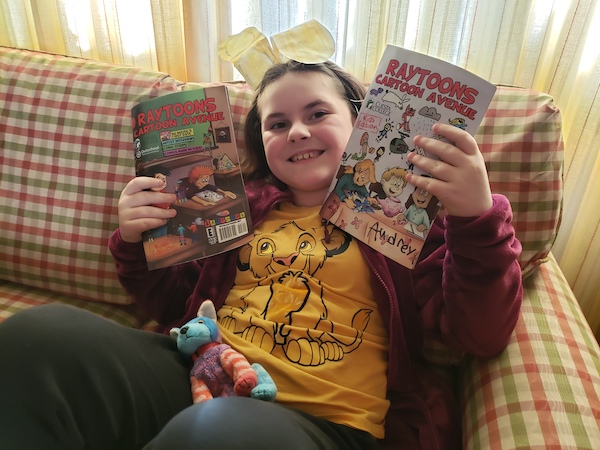 “I made an animal comic with a fox,” said 8-year-old Atascadero resident Audrey Harris.

“Thirteen out of these thirty kids who have comics published in the Raytoons Cartoon Avenue are from San Luis Obispo County,” said Mullikin. “When I was a kid, I remember that there were places available for kids to have their creations printed and published. A few years ago, I discovered that these places no longer exist. I wanted to have a place for kids to be able to showcase their comic stories for other kids to read.”

This third issue of Raytoons Cartoon Avenue is free for local residents and has a lot to offer for kids. From comic-style interviews with professional Illustrators Alex Hoffman and Simon Amadeus Pillario, to great comic strips that tickle the soul with Francis Bonnet’s Suburban Fairy Tales and Bryon Steiner’s Stranger than Friction; this issue’s comic magazine is larger than ever before with more comics from professional comic creators, as well as more comics from kids throughout the country. 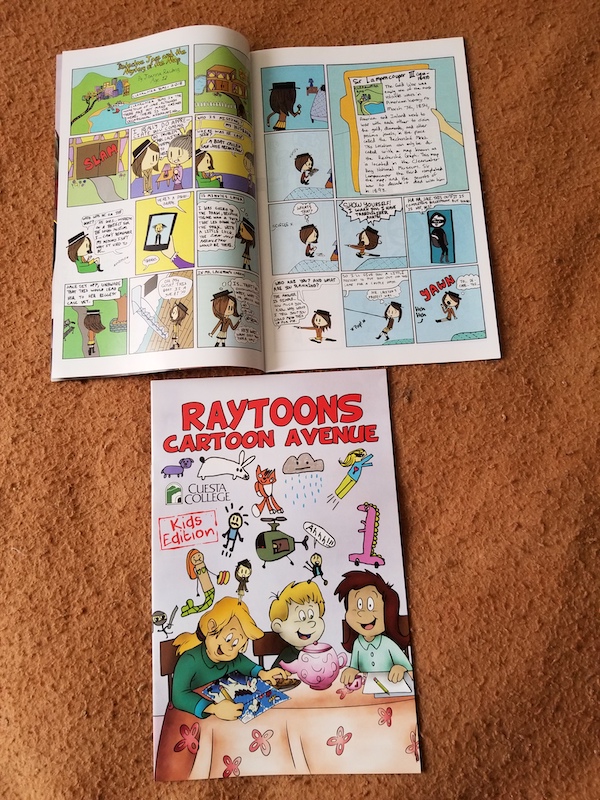 “I made an animal comic with a fox,” said 8-year-old Atascadero resident Audrey Harris. “I like drawing foxes. I went to a comic convention with my comics one time and had my own booth thing. I drew animals and pictures there for people.”

For more information about getting free copies of the Raytoons Cartoon Avenue magazine or about any of Raytoons classes, contact Mullikin at ray@raytoons.net or (805) 590-7334. Or visit Ray’s website at www.raytoons.net. Mullikin’s online classes can also be found on the Outschool website: https://outschool.com/teachers/Raymond-Mullikin-2020