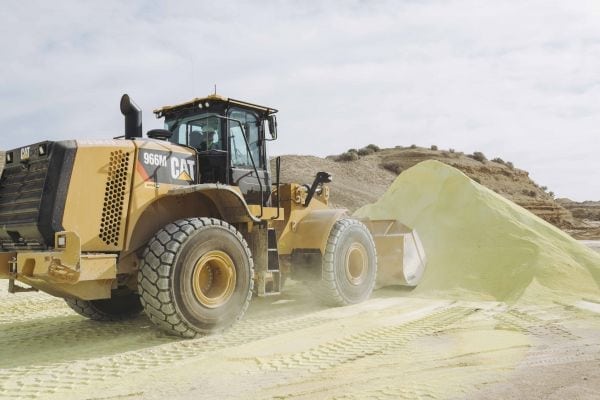 Founded in 1932, Holloway will commemorate its 90th anniversary with a customer appreciation event this week, an employee appreciation event later this summer, along with a host of 90th campaigns, giveaways and events that pay tribute to 90 years of business in the agriculture, mining, environmental and logistics industries.

Here’s a look at some of the campaigns Holloway has launched to mark its 90 years:

“We say it all the time at Holloway, but we truly mean it: We do business for tomorrow, not simply for today,” Holloway CEO Brian Maxted said. “You don’t last for 90 years in this business unless you put your customers and your community first.

“Since the company was founded, Holloway has always focused on building those long-term relationships, with farmers, with our partners and community stakeholders, and now with the leaders from the other industries we work in. The company has really come a long way, but in a lot of ways our core values remain the same.”

H.M. Holloway was founded in May of 1932 by Harvey Holloway at the dawn of the Great Depression, despite the stock market crashes, bank failures, and drought conditions that plagued the era.

Working in the Lost Hills area for Richfield Oil Corporation at the time, Harvey Holloway first discovered reflective white outcroppings of gypsum while walking the rugged terrain as a night watchman. After collecting samples and having them analyzed at a Bakersfield lab, Holloway confirmed the material was calcium sulfate dihydrate, or gypsum, a soil amendment known to add calcium, neutralize salts and improve water penetration for farmers.

Holloway first leased a 40-acre parcel that May, and Holloway’s Lost Hills Mine was born with little more than a pick, a shovel and a wagon. As the company grew, Harvey Holloway invested in surface leases and was finally able to purchase land from Richfield eventually leading to over 2,200 acres owned in fee and 800 acres leased at the Lost Hills site.

Ninety years later, Holloway’s Lost Hills location is as productive as ever, providing gypsum and other products to the agriculture and construction industries, and also hosting a landfill that takes in multiple waste streams from around the state.

Today, The Holloway Group, which has grown into a multi-unit collection of privately held companies in the ag, environmental, mining and logistics industries, continues to grow and was recently named Inc. Magazine’s fastest-growing ag and natural resources company for 2021-22.

“We’re a completely different company today, and while we’re growing rapidly we cherish our history and where we’ve come from,” Maxted said. “Our products and services have stood the test of time, but we’ll continue to innovate and evolve and bring on new products and services that help our customers grow with sustainable solutions for generations to come.”

Learn more about Holloway’s 90th-anniversary celebration and history at hollowayag.com/90.