Paso Robles based company Lazer Star Lights  is sending its sponsored racers into Las Vegas this week in preparation for the Best in the Desert Mint 400. 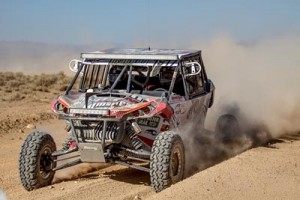 Jason and Derek Murray will represent Lazer Star in BITD.

Known as “The Great American Off-Road Race,” the Mint 400 will put Lazer Star sponsored race teams up against off road riders from all over the world as participants take on the challenging desert course.

Lazer Star Lights announced the renewal of several partnerships for the 2015 race season: Matt Lovell of Matt Lovell Racing and Dana Nicholson of Fleshgear/Fuel Off Road will represent Lazer Star in the trophy truck classes, while Jason and Derek Murray of Murray Racing and Bryan Buckhannon of Buckhannon Racing will compete in the UTV Pro class.

Lazer Star Lights are manufactured locally and globally, and all of their products are engineered, tested and distributed from their facility in Paso Robles. To learn more about Lazer Star Lights, visit www.lazerstarlights.com.