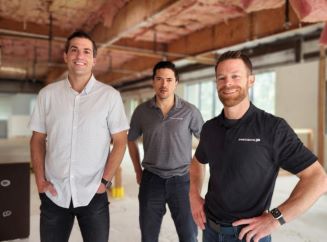 Precision is also ranked as the No. 1 fastest-growing private company in the San Luis Obispo region

– Precision Construction Services—a local firm with projects ranging from rocket launch pads at Vandenberg to amenities at Pismo Preserve to a massive storage facility for Justin Winery in Paso Robles—has been named No. 266 on the Inc. 5000 list of fastest-growing private companies in America.

With a three-year growth rate of 2,077-percent, Precision is also ranked as the No. 1 fastest-growing private company in the San Luis Obispo region and one of the top 10 construction firms in the United States.

The Inc. 5000 is produced every year since 1982 by the business media publisher Inc. In addition to providing a snapshot of this segment of the economy, it also offers an early glimpse of companies that have gone on to become part of American life. It was the first national exposure for previous honorees including Facebook, Chobani, Microsoft, and Patagonia.

“Creating a thriving business on the Central Coast has been a priority for us from Day One,” says Karl Vaillancourt, one of Precision’s three owners. “We wanted to have a positive impact on the community we love while pushing our industry forward. Creating jobs and benefitting the region both economically and socially is something we take great pride in. Building a service company based in SLO with the ability to compete both within and outside of the region is a dream come true.”

Founded in 2013, Precision is owned by Jared Malapit, Karl Vaillancourt, and Erik Wright, three friends who connected over a shared passion for rock climbing. With complementary backgrounds in construction, they created a company dedicated to “challenging construction’s status quo and fostering collaboration among owners, architects, engineers, and contractors.”

The companies on the 2022 Inc. 5000 were ranked by the revenue growth achieved between 2018 and 2021—years that required resilience amid supply chain woes, labor shortages, and the ongoing impact of COVID-19.

“Precision’s sustained growth during this period is a testament to the resilience and hard work of our team,” Malapit says. “Their willingness to push through adversity has been truly inspiring.” During this time, Precision’s projects included rocket launch pads and support facilities at Vandenberg Space Force Base, all amenities and access
for the 880-acre Pismo Preserve in Pismo Beach, The Pad Climbing gym in San Luis Obispo, and the restoration of the Chorro Creek flood plain in Morro Bay. Current projects include a 125,000-square-foot storage facility for Justin Winery in Paso Robles and the Calf Barn structure at the historic Pereira Octagon Barn complex in San Luis Obispo. 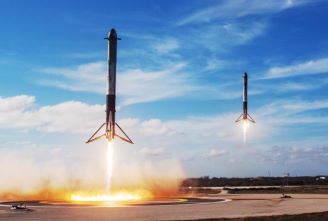 In March 2022, Precision was named on-site contractor for the Missile Defense Agency at Vandenberg. Beyond the Central Coast, Precision’s portfolio includes the world’s first hyperloop tunnel for SpaceX, the first steel fiber-reinforced concrete transit tunnel in the U.S., support facilities at the Brownsville Space Launch Complex, and numerous historical restorations, such as the Ahwahnee Hotel in Yosemite National Park and the U.S. Coast Guard Station at Humboldt Bay. Precision’s exemplary work on complex Federal Government projects earned a nomination for the Small Business Administration’s 2022 Prime Contractor of the Year Award.

Earlier this month, Precision was honored with a Spirit of Small Business Award, given jointly by the SBA and the Pacific Coast Business Times, recognizing Precision’s commitment to the Central Coast, its project work at Vandenberg, and its participation in the REACH regional economic development group and the San Luis Obispo Chamber of Commerce, as well as numerous efforts supporting Cal Poly and other institutions.

Last week, Malapit and Wright were named ENR California’s Top Young Professionals for 2023. ENR, the Engineering News Record, is the construction industry’s leading publication and the program honors individuals under 40 who have shown extraordinary leadership and service throughout their careers.

“Our mission and values are desperately needed in this industry,” Wright says. “By growing we can have a greater impact not only on how things get done in this business, but also in the community we serve. Our clients are our
community. And when you think about growth, that’s why it really matters.”

As one of Inc.’s Top 500 companies, Precision will be featured in the September issue of Inc. magazine, which will be available in print on Aug. 23, as well as currently online.

Among the top 500, the magazine reports that the median three-year revenue growth rate soared to 2,144-percent and added more than 68,394 jobs over the past three years. Complete results of the Inc. 5000 can be found at
www.inc.com/inc5000.