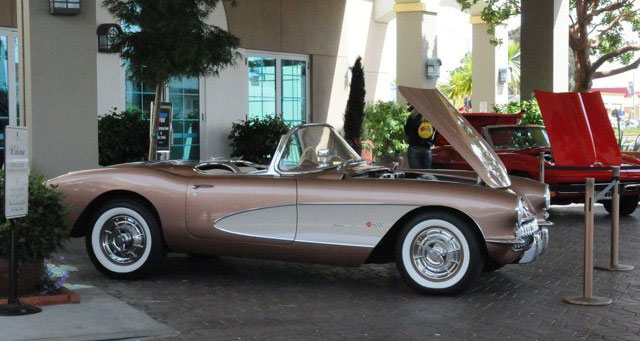 Jon Dallons of Paso Robles won Best of Show with his 1957 Corvette last weekend at the 6th Annual Monterey Coast Corvette Cruise held at the Embassy Suites in Seaside, CA. 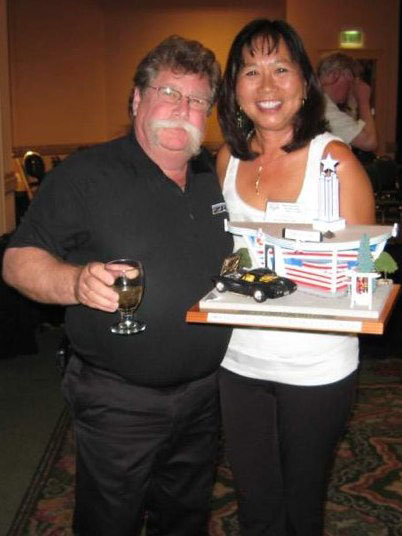 Jon and his wife Jan Dallons, members of SLO Vettes, The Corvette Club of San Luis Obispo, competed in the Show-n-Shine event against 75 other Corvettes. They won their class and Best of Show receiving over 30-percent of the vote, with their Aztec Copper and beige 1957 C1 Chevrolet Corvette. They bought the car 17 year ago and restored it.

“It’s a fun show,” said Jon. “One of things that’s great is that the award is chosen by the other entrants,” he said. “After the show and shine was over, we did the 17-mile drive around Pebble Beach.”

It was their car’s second Best of Show prize in the competition’s six-year history.

The first year of the show, it was raining cats and dogs the night before, Jon recalls. He had trailered his Corvette from Paso Robles, so it was still clean. Just before the show, he rolled it out of the trailer, while everyone else was scrambling to clean up their cars, he said. It easily won the Best of Show.

The show is hosted by the The Monterey Peninsula Corvette Club, founded in 1964. The annual event serves as a fundraiser for the Monterey County Food Bank. Throughout the year, club members participate a full calendar of events and activities designed around their Corvettes. Some of the activities include car shows, weekend tours various forms of competitive events, picnics, charity events and a variety of social gatherings.