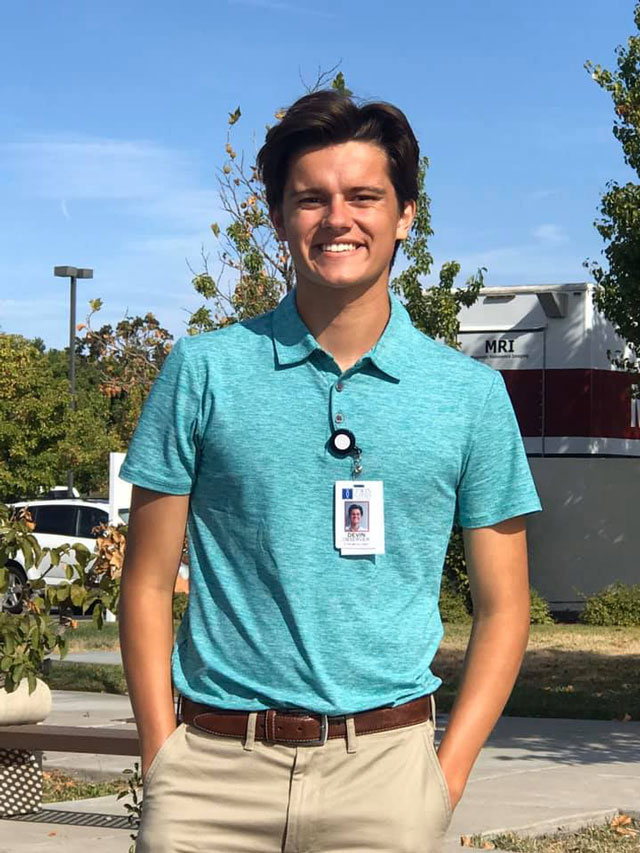 A local teen in need of expensive medication to treat a rare brain illness got good news Friday evening. Devin Dobroth’s insurance company, on Tuesday, had denied coverage of a drug need to treat his superficial siderosis.

Paso Robles High School senior Devin Dobroth, 18, is suffering a rare brain disease that requires an expensive medication for treatment. On Tuesday, he and his family learned their insurance company had denied him coverage of the medicine, says his mother Sara Meyer Dobroth.

She reached out to the local community on Facebook Thursday seeking help. By Friday morning, her post had over 470 comments and 1,200 shares.

“We sadly share Blue Cross Anthem has decided Devin’s medication, the only one available to stop the progression of his degenerative brain disease, is not worthy of them paying for any longer,” she writes. “We are both stunned and shocked and saddened by this news. If you have any contacts… who can help save our son’s life please help.”

“We only have 19 days worth of medicine left. We don’t have time to wait.”

Devin, who previously ran cross country at the high school, was diagnosed with superficial siderosis 15 months ago. The condition is progressively disabling and can be life-threatening. He is suffering from debilitating headaches, pain, and vision problems.

He has been in and out of hospitals for treatments and for the last nine months has been taking Ferriprox, a drug that costs about $6,000 per month.

“The denial was verbal to our doctor and myself on Tuesday,” Sara says. “Our doctor called them immediately when they told her that he had been denied. The Blue Cross representative refused to respond when our doctor asked why the last nine months the drug was ok for him to be on it why they had suddenly changed their mind.”

“We need Blue Cross to fix this mistake they have made,” she says. “Underserved diseases and their patients deserve the attention and treatment as much as anyone else. This is about Devin but also about so many other people who are denied the most basic medical needs due to the insurance company’s greed and ignorance.”

Sara says paperwork appealing the decision is being submitted as of today, and the insurance company has at least 30 days to decide.

“We are calling out from the top of the mountain for help,” Sara says. “Devin has been our miracle since the day he was born. I don’t want that to end.”