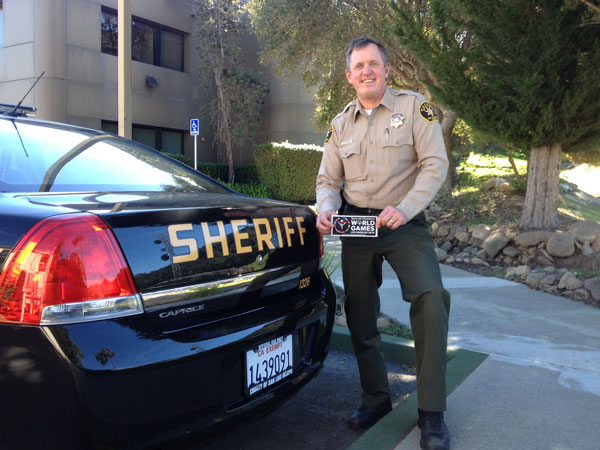 Law enforcement officers hand-selected from all over the world, including one from the Central Coast, are going above and beyond as they take part in the Law Enforcement Torch Run Final Leg for Special Olympics.

A part of that Torch Run will come through San Luis Obispo County on July 16-17. The officers, including San Luis Obispo Police Lieutenant, Bill Proll will be carrying the “Flame of Hope” as they make their way through the County escorted by members of the Sheriff’s Office and the CHP.

“This is our way of showing support for a very worthwhile cause. A cause, I and other law enforcement officers deeply believe in and which I have personally been involved with for a number of years, ” said Sheriff Parkinson.