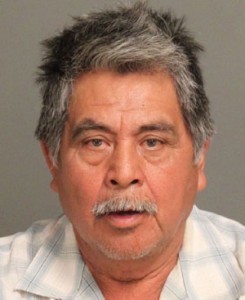 Ramirez was arrested earlier this month for molesting two girls, ages 8- and 5-years-old, at San Miguel Park in San Miguel.

Besides those two victims, 10 additional female victims, between the ages of 1- and 12-years-old, have been identified. The molestations took place at two locations: San Miguel Park and also at the suspect’s home where his wife ran an unlicensed day care facility.

Investigators say the suspect used candy and money to lure the girls to a secluded area where the sexual molestations took place. Ramirez was already facing several charges of lewd or lascivious acts with a child under 14 years old.

As a result of this new information, several additional charges will be added for each victim. San Luis Obispo County Child Welfare Services has been instrumental in finding additional victims as well as the assistance of the District Attorney’s Victim/Witness Assistance Program and the County’s Child Forensic Interview Specialist.

Ramirez remains in custody at the County Jail. The investigation is continuing. The Sheriff’s Office is asking for anyone who had children come in contact with Ramirez at San Miguel Park or his home to please contact investigators at (805) 781-4500.

The victims had been playing at the park with their families and were resting on a park bench when a family friend, 58-year-old Paublo Vargas Ramirez, Sr., who was also sitting on the bench, began to fondle the girls over and underneath their clothes. The girls walked away and continued to play in the park. The suspect later walked over to where the girls were playing and exposed himself to them and then later forced his hand inside the underwear of the 8-year-old victim. When the girls returned home that night, they told their parents what had happened, who in turn called the sheriff’s office.