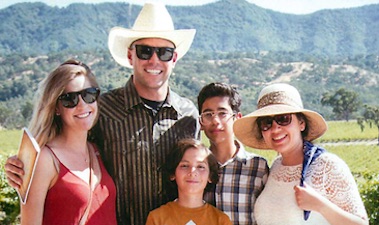 Gersh helped his Little Brother increase confidence, learn to set goals and have aspirations for the future. Arual, once indifferent to school, is now a model of academic and personal success and committed to attending and graduating college.

This 2017 recognition is the third time, between 2014 and 2017, that a SLO county Big has received the California award. Gersh’s efforts help the local organization serve more children in 2016 that in any other year since opening in 1995.

The mission of Big Brothers Big Sisters of SLO County is to provide children facing adversity with strong and enduring, professionally supported one-to-one relationships that change their lives for the better, forever. Visit the website for more information.