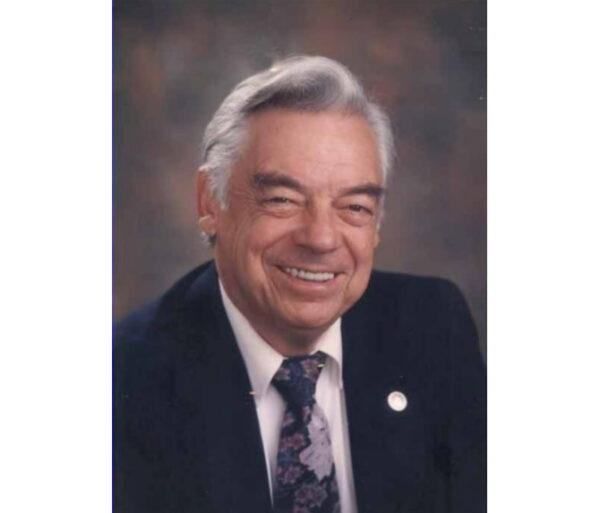 Romero had a 60-year tenure with the city

– Flags in the City of San Luis Obispo will be lowered to half-staff to honor the passing of former Mayor Dave Romero, city officials said Friday.

“Mayor Romero was such a fundamental part of the fabric of our city, it’s hard to find the right words to mark his passing. He loved this city, and his contributions will live on for generations to come,” said City of San Luis Obispo Mayor Erica A. Stewart. “Through the roads he helped build, water he secured, and downtown improvements he inspired, he was a critical part of so many of the things we love about our community today.”

Starting in 1956, Dave Romero served for 36 years as the city’s public works director before retiring and then running for city council. He served eight years on the city council, from 1992 to 2000. He was elected mayor in 2002, a role he held until retiring in 2010.

During his 60-year tenure with the city, he had a hand in nearly every major piece of the city’s infrastructure and major amenities, including new parks, the Los Osos Valley Road overpass, the Performing Arts Center at Cal Poly, and the city’s roads, water, sewer, and drainage systems.

Understanding the value of water, Mayor Romero worked to secure a reliable water supply for the city through projects like the Whale Rock Reservoir in the 1960s and, more recently, the Nacimiento Reservoir Project and the development of the city’s recycled water system.

During his time as Public Works Director, he oversaw projects to revitalize downtown, including the creation of Mission Plaza, a seismic-retrofit program for seismic improvements to about 100 buildings; two parking garages; undergrounding utilities; planting trees; installing decorative streetlights; and improving sidewalks to make downtown more walkable. In 2010, the council voted to name the city’s corporation yard in his honor.

“When it comes to public service, it would be hard to find a finer example than Mayor Romero,” said City Manager Derek Johnson. “Whether in his role as public works director, city council member, mayor or professor, his life’s work was to make this city what it is today.”