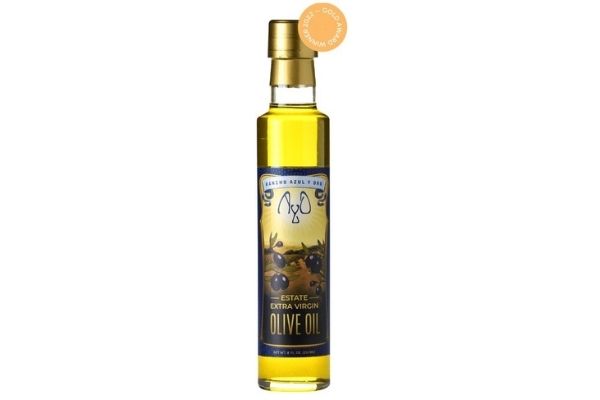 – Rancho Azul y Oro Olive Farm of San Miguel has received a Gold Medal for their 2021 Estate Extra Virgin Olive Oil from the New York International Olive Oil Competition. This is the second year in a row it has been recognized as producing one of the world’s best olive oils.

Rancho Azul y Oro was established in 2005 by Stuart de Haaff and Kathryn Keeler, husband and wife. Its goal is to create exceptional extra virgin olive oils. Since 2012, their olive oils have received over 77 awards, including two Best of California Awards from the California State Fair. They were featured as one of the Best Olive Oils from the Central Coast of California in 2021.

Rancho Azul y Oro is an artisanal olive oil producer. Their award-winning olive oils are produced in limited quantities, typically selling out before year-end. Oils, vinegars, and seasonings, together with gift sets and corporate gifts are sold exclusively online at www.ranchoazulyoro.com.