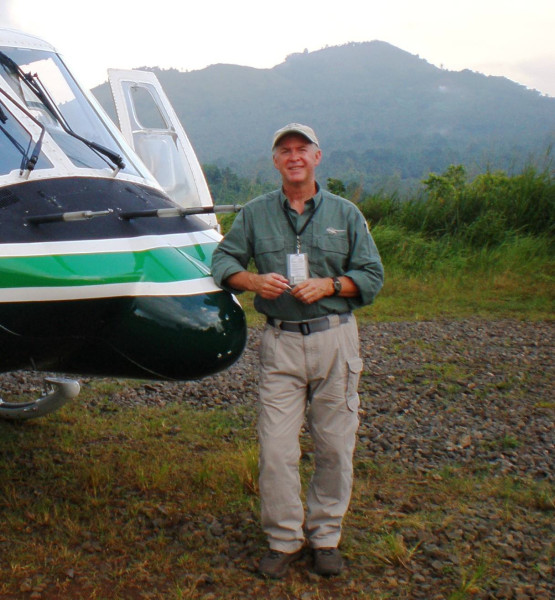 Larry Hayes sends back snapshots of disaster and glimmer of hope

When Typhoon Haiyan slammed into the Philippine coastal village of Tacloban Nov. 8, the world mobilized to help, including local Realtor and helicopter pilot Larry Hayes.

Just four days after the disaster, Hayes began flying relief missions into the devastated area and snapped a few cell phone pictures. He sent several to the Paso Robles Daily News this week.

The photos dramatically show the devastation to the island and its people. “I could see huge amounts of debris where a township or community would otherwise be… Homes that had been leveled by the storm surge, other homes without roofs or windows, toppled trees that had been stripped of almost all branches/leaves, cars overturned and laying all about, massive amounts of sludge and debris,” Hayes says in an email. 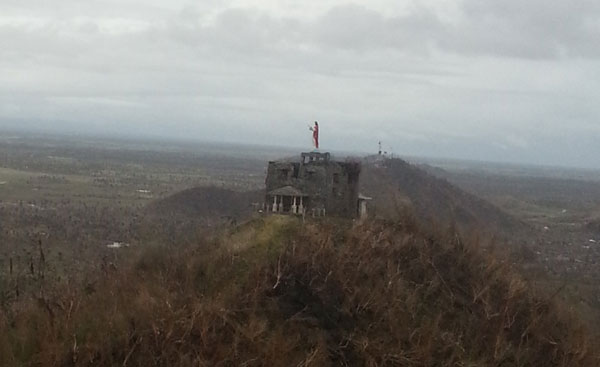 This statue of Jesus somehow survived the devastating Nov. 8 typhoon and reaches out with open arms over the people of Tacloban in the Philippines. Photo by Larry Hayes of Paso Robles.

Among the stunning images is one that might bring hope to the survivors. “As I flew up the coast towards Tacloban, I saw this small peak jutting up from the coastline and could tell that there was ‘something’ at the top of the peak,” says Hayes. “Once I got closer, I snapped another picture of what was a somewhat surreal view… An intact statue of Jesus with arms outstretched towards the city of Tacloban that had suffered immense devastation from near 200mph winds and a 30′ storm surge. How this statue survived the storm is beyond me.” His wife Denise was moved to say, “I truly believe it gives people a message of hope.”

There are now 3,976 confirmed deaths, 1,598 missing and 18,175 injured, according to the National Disaster Risk Reduction and Management Council. Hayes’ part in the relief effort is to resupply with US military personnel with tents, food, water and supplies.

Hayes, 59, is a contract pilot who rotates between flying six weeks for Evergreen Helicopters in the Philippines and six weeks with his family in Paso Robles, where he is a Realtor with Oak Shores Realty. 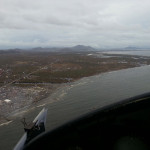 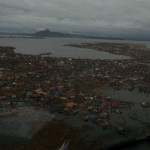 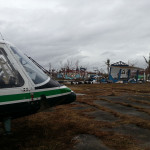 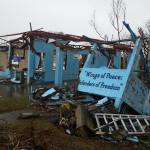 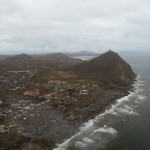