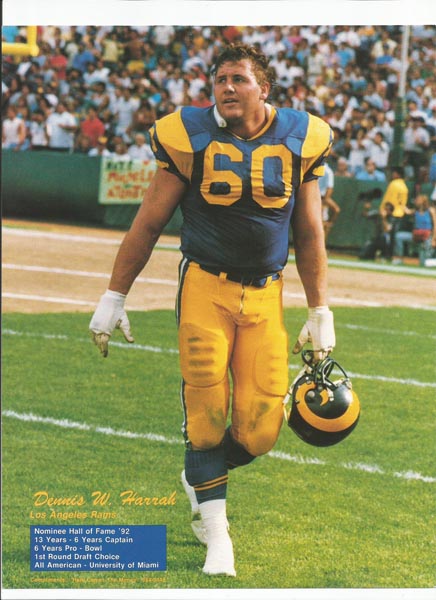 Dennis Harrah was a shining example of what it takes to be a great Ram.

He spent every one of his 13 seasons with the Rams, and he started 144 of his 168 games. He also made six total Pro Bowls.

He more than lived up to his status as an 11th overall pick, and he was also a part of the 1979 team that lost to the Pittsburgh Steelers in the Super Bowl.

He also had the privilege of blocking for running back Eric Dickerson.