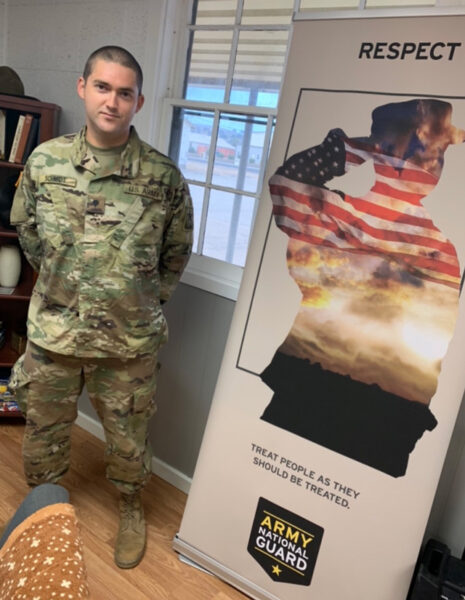 –Templeton resident Chasen Schmidt recently graduated from U.S. Army basic training at Fort Jackson, South Carolina. He was accepted to the U.S. Army’s Officer Candidate School at Camp San Luis Obispo where he is expected to be commissioned as an officer.

Specialist Schmidt graduated from Templeton High School, class of 2009. He earned a BS in Criminology at Fresno State in 2013 and a master’s degree in National Security Studies at Cal State San Bernardino in 2015.

He currently works at Daou Vineyards in the tasting room. He and his fiancé of ten years, Caroline Johnson of Templeton, are planning to get married on Oct. 10.

Schmidt plans on serving his country and state in the California Army National Guard.