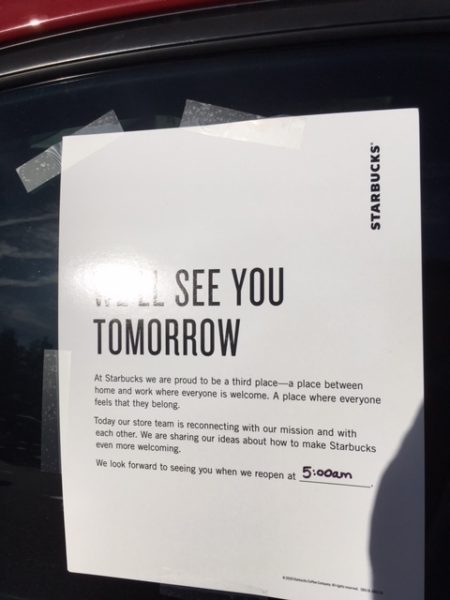 –Starbucks on Theater Drive in Paso Robles was among 800 which closed Tuesday for Racial Bias Education. A car blocked access to the drive-up window. A sign on the car and the restaurant door explained why Starbucks was closed. It read, “We’ll see you tomorrow.”

The closure of 8,000 stores nationwide was ordered by Starbucks founder, Howard Schultz. That’s after two African American men went into a Starbucks in Philadelphia and sat down without ordering. They refused to order and when they were asked, refused to leave. The men said they were waiting for a friend to arrive. The manager called the police and the two men were arrested.