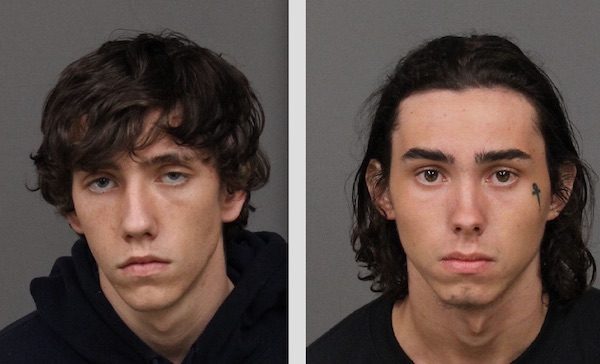 On Wednesday, San Luis Obispo County Sheriff‘s deputies were dispatched to a burglary in progress at the Miner’s Ace Hardware store in the 1000 block of Los Osos Valley Road in Los Osos.

A witness, who was at a neighboring business, reported hearing glass breaking and then seeing a person wearing a black ski-mask and black clothing enter the hardware store. The witness says they saw the suspect exit the store and leave the area in a Ford SUV.

Deputies responded and were able to locate the vehicle that was parked in the parking lot of a restaurant in the 900 block of Los Osos Valley Road. As Deputies pulled up to the vehicle, they spotted the driver still wearing the ski-mask. Deputies then arrested the suspect without incident.

The suspect has been identified as 18-year-old Calvin Paul Anthony Latorella of Los Osos. During the course of the investigation, Latorella was arrested for two additional burglaries at Kuma Sushi in the 2000 block of 10th Street in Los Osos, Round Table Pizza in the 1000 block of Los Osos Valley Road in Los Osos and one attempted burglary at the Sea Pines Golf Shop in the 1900 block of Solano Street in Los Osos. It’s believed these incidents occurred during the early morning hours of Tuesday and Wednesday of last week.

Deputies also discovered the vehicle Latorella was driving was stolen from a residence in Los Osos.

Latorella was booked into San Luis Obispo County Jail for three counts of burglary, one count of attempted burglary, felony auto theft and possession of a deadly weapon (lead sap).