Local youth dance and sing along with Melissa Green 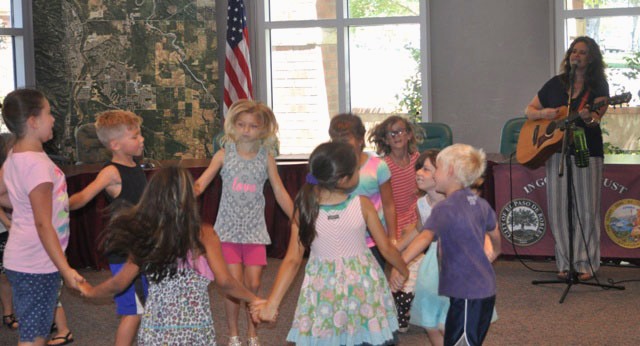 The conference room at the Paso Robles City Library was filled to the brim on Tuesday morning with dozens of young children jamming, jumping, and singing out loud to the songs of Melissa Green. Photo by Meagan Friberg

– The conference room at the Paso Robles City Library was filled to the brim on Tuesday morning with dozens of young children jamming, jumping, and singing out loud to the songs of Melissa Green, a singer-songwriter based out of Los Angeles.

“We had a lot of fun here today,” said Green, who has been bringing her music and high energy, interactive concerts and shows to children and families for over 10 years.

Playing a mix of new songs along with a few compilations from earlier recordings, Green says she feels, “the songs I did at the very beginning of my career are still touching kids and allowing them to dance how they want and be who they are.” 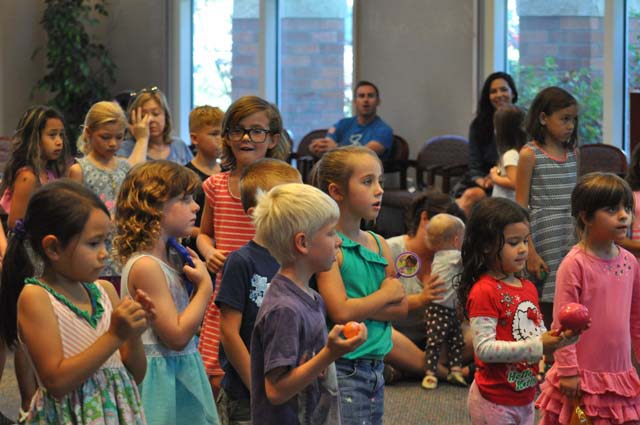 Jamming to their own beat with egg shakers and other instruments, children dance and sing along to the music of Melissa Green at the Paso Robles City Library. Photo by Meagan Friberg

Jamming to their own beat with egg shakers and other instruments, children danced and sang along – as did many of the parents – while Green led them in favorites such as “The Seahorse Song” and “Aboard That Train” (listen to music, watch videos, download coloring sheets and more at www.melissagreenmusic.com).

“This is the second year that we have had Melissa give a concert for us and the kids just love her,” said Children’s Services Librarian Heather Stephenson. “We use her music in our story time so she’s a musician and an author that they are familiar with; to have Melissa here in person is such a thrill for these children.”

The 2012 grand prize winner of the John Lennon song writing contest for her song “Sing Loud!” and also a Parent’s Choice Award winner, Green is a songwriter, author, performer and teacher. In addition to taking her music on the road, she teaches music classes in private homes, conducts cooking classes, organizes summer camps, and more.

“I have turned all of my passions into jobs,” said Green. 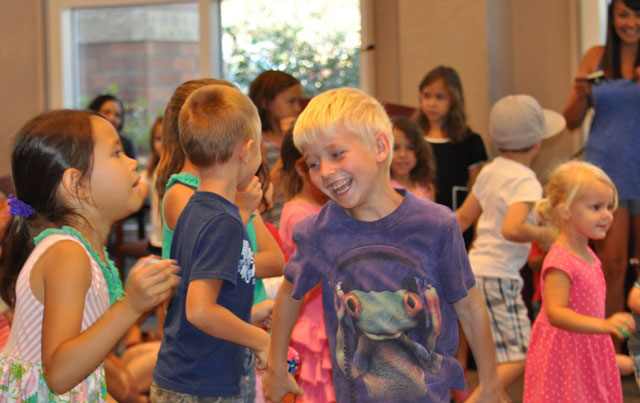 Local children move to the music of Melissa Green including favorites such as The Seahorse Song and Aboard That Train at the Paso Robles City Library. Photo by Meagan Friberg

On Tuesday afternoon, Green brought her show across town to the multi-purpose room at Georgia Brown Elementary School where a crowd of 97 children and 30 adults rocked along.

“Children from the Boys and Girls Club programs and the Georgia Brown PRYDE program attended the afternoon session and it was a blast,” Stephenson said. “They were a bit of an older crowd, so Melissa tailored her show to suit the older kids.”

Green donated CDs to all families in attendance at both programs, saying, “I think it’s important for the kids to have access to music and this is a way for me to give back to others.”

“It’s very generous of Melissa to donate CDs to the families,” said Library Manager Karen Christiansen. “This gives the children and their parents the opportunity to reinforce what they learned here today. It’s a way for the experience that they had today at the library to continue on at home.”

The Melissa Green concerts were made possible thanks to a donation from the Solomon family in memory of Robert Solomon. The family asked for the funds to be used specifically for musical programs and to purchase books about music, according to Stephenson. “So this concert was a perfect fit,” she said.