Locals pay respects at Faces of Freedom memorial in Atascadero 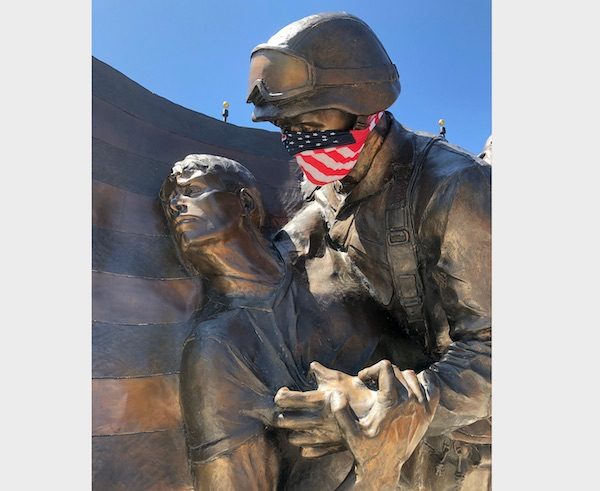 Someone placed a mask over one of the soldiers in Mark Greenaway’s sculpture to commemorate the virtual ceremony.

–The Memorial Day Ceremony at Faces of Freedom in Atascadero was largely a virtual event, but several dozen people stopped by to pay their respects. Some visited the iconic monument to celebrate and remember those who made the supreme sacrifice for their country. Others came hoping for a ceremony, but stayed to share in the community experience. 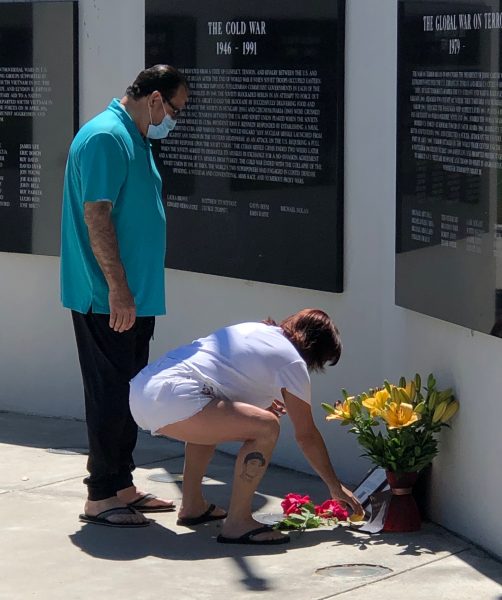 Many people came to hear San Luis Obispo County Clerk-Recorder Tommy Gong and his sons, Derek and Darin, play taps as part of a virtual county-wide celebration aired on a San Luis Obispo radio station. Derek played a gold-plated bugle which Tommy borrowed for the event. 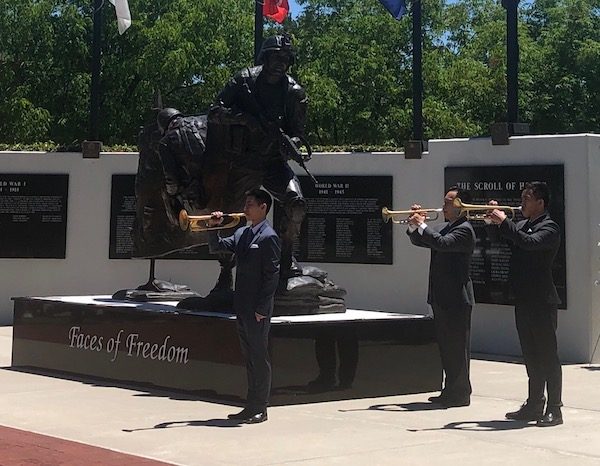 With no pistons or finger buttons, Derek adroitly used his lips and airflow to produce different notes. Derek played lead and the bugle sounded ethereal. Tommy and Darin harmonized on their trumpets. 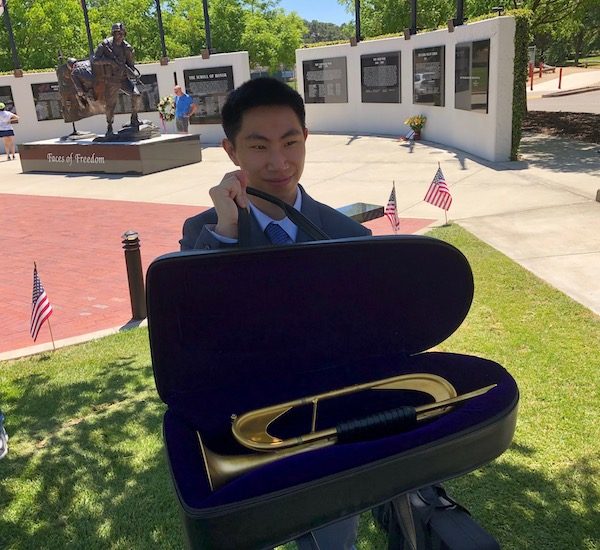 Derek Gong showing off the gold-plated bugle he played during the commemoration.

The full Memorial Day ceremony was canceled for the first time because of COVID-19. Someone placed a mask over one of the soldiers in Mark Greenaway’s sculpture to commemorate the virtual ceremony Monday afternoon in Atascadero.