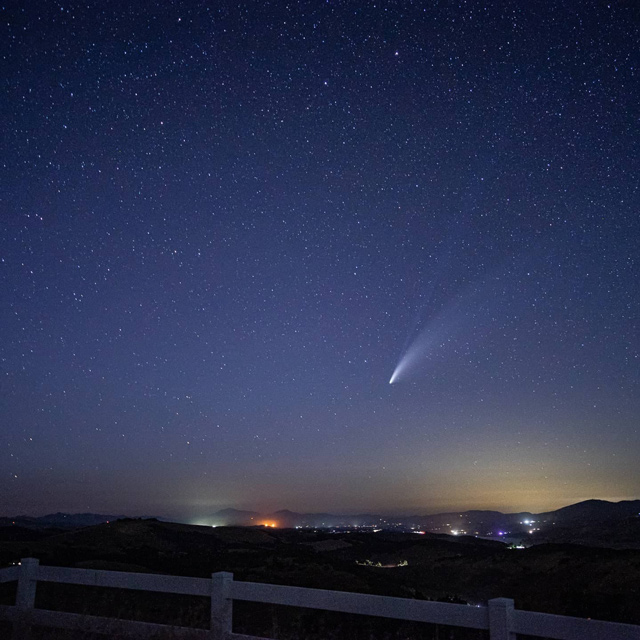 –Comet Neowise, discovered by astronomers in March, is dazzling stargazers in North County and across the northern hemisphere as it flies by Earth from 160 million miles away.

Officially known as C/2020 F3, the 3-mile-wide chunk of ice and dust is on a 6,000-year loop around the solar system, according to Wired magazine.

Kyle Harmon of Paso Robles, a self-taught amateur photographer for seven years, went up to Interlake Road near Lake Nacimiento and Lake San Antonio this week and captured some amazing images of Comet Neowise.

He said he leaves the shutter open for several seconds with each exposure to capture the comet, but, “I try not to go above 20 seconds to prevent star trails.”

“It’s very frustrating while taking them because you’re in complete darkness and have to find everything in the sky,” he said. But once I get the shot it’s like an adrenaline rush.”

See more of Harmon’s photography on his Instagram profile. 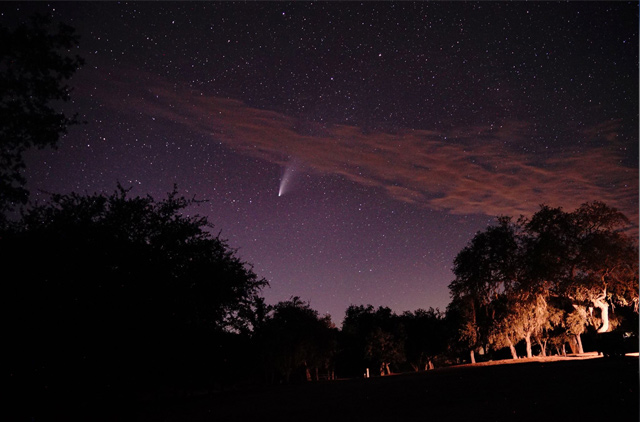 Photographer Rick Evans of Atascadero took photos this week of the comet near Atascadero City Hall. See more of Evan’s photography on his website. 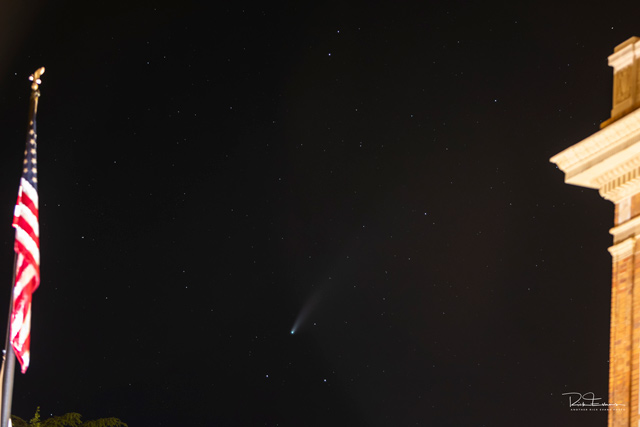 Rick Evans of Atascadero took this photo this week of the comet near Atascadero City Hall.

How to spot Comet Neowise

Head outside after dusk turns to darkness. The best time is between 9:30 and 10:15 p.m. Look towards the northwest and find the Big Dipper. The comet should appear below the bottom left corner of the Big Dipper’s bowl, just above the horizon. Viewing the comet will be best Thursday night. A pair of binoculars will help see the comet in more detail.