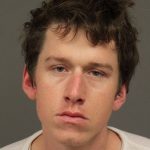 –On Thursday, deputies from the San Luis Obispo County Sheriff’s Office were dispatched to a report of two suspicious subjects in the 2300 block of Oak Ridge Drive in Los Osos. Neighbors reported the male and female subjects had been prowling in a garage and several yards. When deputies arrived, they made contact with both subjects. The female subject was detained but the male subject ran away.

Additional deputies and K9 units were brought in to search for the male subject who was identified as 25-year-old Ross Munson of Los Osos. After an extensive search of the area, Munson was unable to be located. Deputies are seeking a warrant for his arrest. 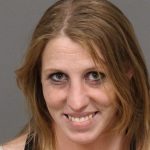 Deputies searched the car the two suspects had been driving and discovered several thousand dollars worth of property including electronics and tools related to approximately 10-15 thefts in the area. Many of those thefts occurred earlier this morning. The female was identified as 31-year-old Angela McGee of Los Osos. She was arrested for receiving stolen property.

Deputies are now in the process of returning the property to the rightful owners.