Paso Robles News|Wednesday, February 1, 2023
You are here: Home » Region » Man able to walk away from severe car accident on Highway 1 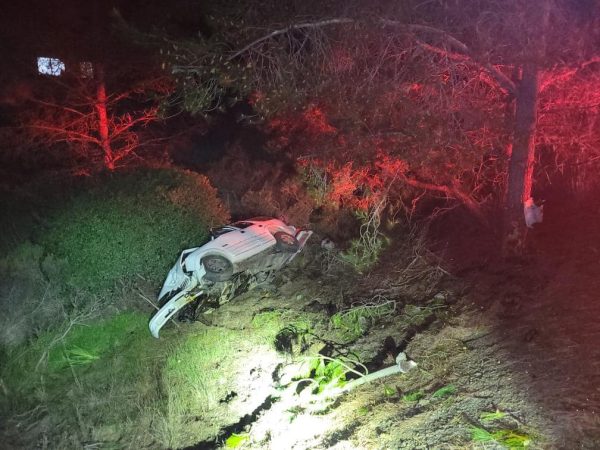 – A driver was able to walk out of an accident that left the vehicle in a forested gully near the tree it struck off of Highway 1 on Monday, according to multiple reports.

The crash occurred shortly before 7 p.m. on Monday.

Paul Molloy from Maricopa was reportedly driving his 2001 Oldsmobile Bravada at approximately the speed limit on Highway 1 when he fell asleep and drove off the road and hit a tree. He was not impaired, but he was sleepy after a long day at work, reports say.

Molloy had self-extricated himself from the vehicle and was walking south on Highway 1 when firefighters found him. Reports say that the driver complained of neck pain but wasn’t taken to a hospital.

Recovering the vehicle was reportedly too difficult for the local tow company, and a company from Paso Robles had to pull the car up and out of the gully.