– The murder trial for a Paso Robles man who is accused of murdering his mother’s boyfriend began with opening statements on Tuesday, KSBY reports. 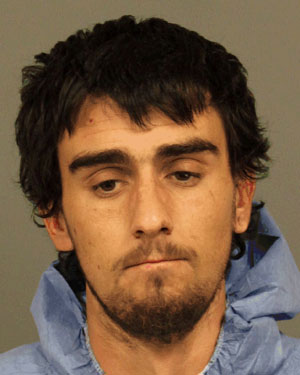 Steven Danner, 25, is accused of shooting 47-year-old Billy Don Law 13 times with a .45-caliber Glock-style semi-automatic handgun back in February of 2014 . Ruda, Danner and the man shot to death, Billy Don Law, all lived in the house in the 700 block of Klau Mine Road.

The incident reportedly occurred after Law and Danner’s mother, Christine Ruda, got into an argument over candles. Law reportedly had said to stop using candles though the house had no electricity. Danner and a friend, Robert Little, who also lived at the house, say that they were burning garbage in a bin in the backyard.

After hearing the argument, Danner reportedly went into his bedroom and brought out two handguns from a safe, a.45 and a .357 revolver that Danner said he was taking to Little. Danner confronted Law, who was standing naked in the dark outside Ruda’s room, at which point Danner said something like, “Leave her alone or I’ll shoot your ass.” Assistant District Attorney Lee Cunningham says Danner shot Law eight or nine times while he was standing, and then another four or five times when he was on the ground “to make sure it was done,” according to the report.

Ruda was taken to Twin Cities hospital with a bullet wound. She said that she may have been standing behind Law during the incident. Danner plead not guilty to one count of murder with enhancement of using a firearm causing great bodily injury and death at his arraignment on Feb. 19, 2014.