Paso Robles News|Wednesday, May 25, 2022
You are here: Home » Crime » Man accused of repeatedly molesting a child under the age of 10 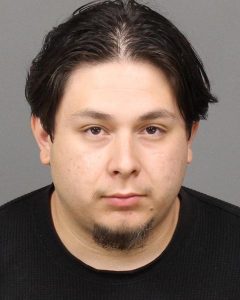 –On May 25, the San Luis Obispo County Sheriff’s Office received information about allegations of continuous child molestation against a female under the age of 10-years-old. Detectives with the Sheriff’s Sexual Assault Unit responded and based on their investigation it was determined a 22-year-old Nipomo man had repeatedly molested the victim over the course of several years.

The suspect is identified as Angel Manuel Ponce of Nipomo. Detectives believe Ponce knew the family and had numerous contacts with the victim. Ponce was arrested at his home in Nipomo for one count of sexual intercourse or sodomy with a victim under 10-years-old.

Detectives are asking for the public’s help to identify any other potential victims in this case by calling the sheriff’s office at (805) 781-4500.