Man arrested at Bank of America for narcotics, counterfeit checks 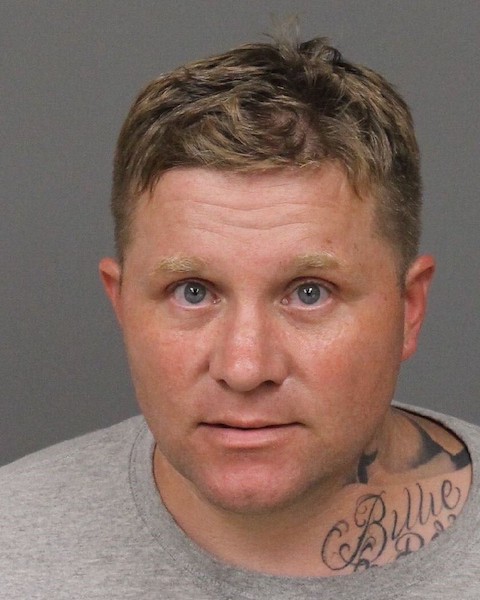 –On May 29, 2019 at approximately 10:33 a.m., Arroyo Grande Police Department officers were dispatched to the Bank of America for a report of a male subject attempting to pass a fraudulent check. Upon arrival at the bank, officers contacted and detained the suspect, identified as 41-year-old Mitchell Alexander Lemay of rural Arroyo Grande.

Through an investigation, officers determined Lemay had attempted to pass a counterfeit or fictitious check and found him to be in possession of methamphetamine, heroin, and drug paraphernalia. Lemay is also suspected of attempting to pass a counterfeit check on May 23, 2019 at the Pacific Western Bank in Arroyo Grande.

Lemay was taken into custody and booked into the San Luis Obispo County Jail for felony charges of passing counterfeit/fictitious checks (two counts), committing a felony while out on bail, and misdemeanor charges of possession of methamphetamine, possession of heroin, and possession of drug paraphernalia.