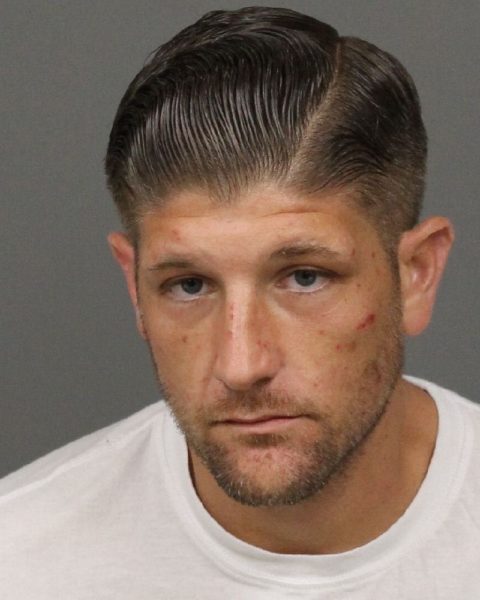 –On Wednesday, two members of the Sheriff’s Gang Task Force made a traffic stop on an SUV for a vehicle code violation. At the time, the vehicle was traveling eastbound at the Pike and 23rd street in Oceano.

The driver was identified as 32-year-old Jesse Richard Wallace of Arroyo Grande. His driver’s license came back as being suspended. A narcotics K9 from California State Parks was dispatched to the traffic stop. The K9 alerted to the vehicle, indicating the presence of narcotics.

A search of the vehicle revealed a loaded 9mm handgun with a high capacity pistol magazine. Also discovered in the vehicle was a crystal-like substance which later tested positive for methamphetamine, a dark brown substance which later tested positive for heroin, and drug paraphernalia associated with the sales of narcotics. In all, approximately 9 grams of methamphetamine and approximately 6.5 grams of heroin were discovered in the vehicle.