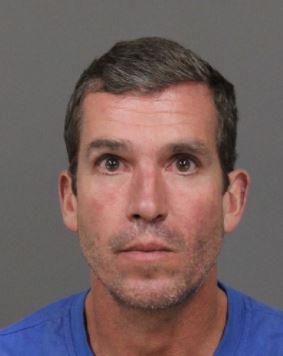 –San Luis Obispo Police Officers responded to a report of a traffic collision involving two vehicles at the intersection of S. Higuera and Los Osos Valley Road Saturday at approximately 6:18 p.m. The investigation revealed that 46-year-old Michael Saffell was driving his vehicle northbound on S. Higuera when he collided with another vehicle which was traveling southbound on S. Higuera. One occupant was transported to a local hospital with minor injuries.

Investigating Officers checked both drivers for impairment and found Michael Saffell was operating his vehicle while under the influence of alcohol. He was subsequently arrested for Felony DUI – causing a collision with an injury to another. Michael Saffell was transported to the San Luis Obispo County Jail where he was booked. His bail was set at $100,000.