Paso Robles News|Friday, December 9, 2022
You are here: Home » Crime » Man arrested for assault with a firearm

Man arrested for assault with a firearm 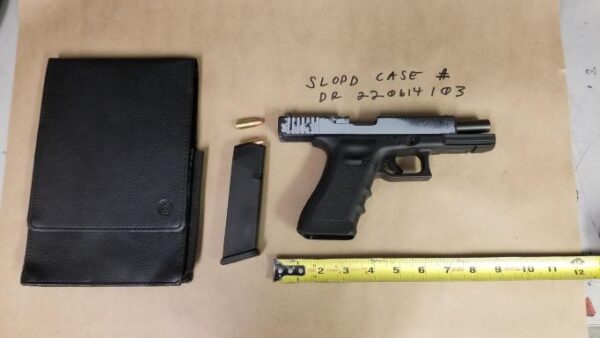 – Just before 11 p.m. yesterday evening, the San Luis Obispo Police Department received multiple 911 calls reporting that a shooting had just occurred in the Vintage at SLO apartment complex located in the 3500 block of Ranch House Rd. between a male suspect and an unknown victim in a dark-colored sedan. The callers reported they heard multiple gunshots in the parking lot and that the dark-colored sedan fled the area at a high rate of speed, but the gunman was still on the scene.

SLOPD officers responded to the scene and located 29-year-old Tyler Gilberg of San Luis Obispo near a common area adjacent to the parking lot where he complied with the orders of the officers and was detained without incident.

Investigation and witness statements revealed that Gilberg, who is a resident of the complex, was involved in a confrontation with the victim in the dark-colored sedan in the parking lot. He ran to his apartment, retrieved his handgun, and shot at the victim who had exited his vehicle. The victim was not struck by the gunfire, but ran back to his vehicle, and fled the scene.

Officers located a bullet hole in the wall of one of the occupied, nearby apartments consistent with being involved in this incident, but nobody was injured. The victim was later located and found unharmed.

The handgun was seized during this investigation. Gilberg was subsequently arrested and booked into San Luis Obispo County Jail.