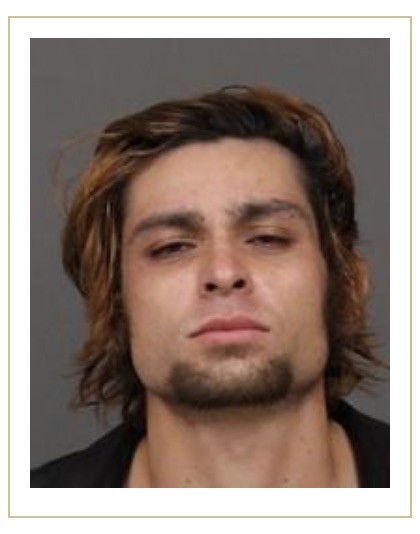 –On Saturday at approximately 1:47 a.m., Arroyo Grande Police Department officers were dispatched to the 1100 block of Fair Oaks Ave. for a report of a vehicle burglary in progress in the parking lot of an apartment complex. Officers quickly arrived on scene and observed a pick-up truck with the passenger window broken out and a male subject was observed exiting the vehicle.

This subject, later identified as 25-year-old Darren Cody Edmunson of Grover Beach, was detained without incident.

Edmunson was found in possession of stolen property from the pick-up truck, as well as additional suspected stolen property. Edmunson was also found in possession of ammunition and a canister of pepper spray. Through subsequent investigation, officers were able to link Edmunson to at least three additional thefts from vehicles, all occurring the same night.