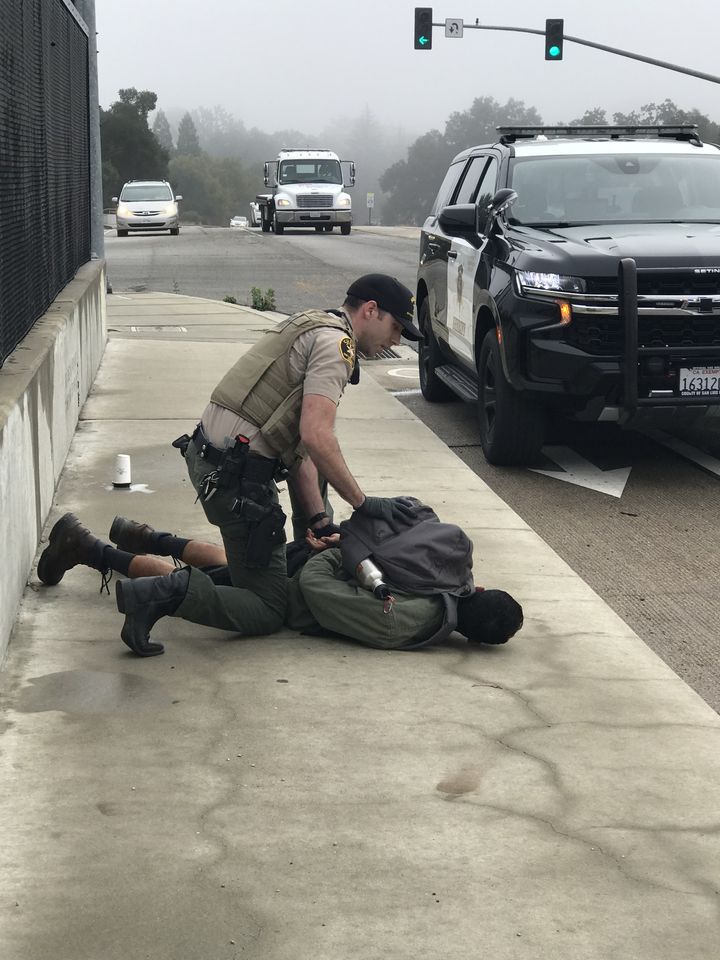 – On Tuesday at approximately 9 a.m. a half dozen demonstrators on the overpass of Highway 101 at Vineyard Drive in Templeton were approached by a man who disagreed with them.

The demonstrators were peaceful when approached by Miguel Angel Oliveras, who “confronted the group with a different political viewpoint,” says San Luis Obispo County Sheriff’s spokesman Tony Cipolla. When the demonstrators didn’t engage with the man, he started pepper-spraying them.

“Today, an angry right-leaning man showed up,” says witness Janice Mundee. “He walked amongst us trying to engage. When we ignored him holding our signs up to create a barrier, he took out pepper spray and ran up the line of our people trying to pepper-spray our faces. By the way, each of us are in our 60s or early 70s.”

Olivares remained at the scene, continuing attempts to engage the demonstrators when someone in the group called 911.

“We were unsure if he would attack in a different way,” says Mundee. One person’s eyes were swollen shut. Mundee says that everyone was experiencing burning on various places on their bodies.

Mundee said the group will continue to show up on the bridge. “We have the right to protest without being attacked,” mentioning that “the right-wing group has protested on this same bridge for the past year and has never been attacked to my knowledge,” she said referring to another group of demonstrators frequently seen on the overpass since the 2020 presidential election. 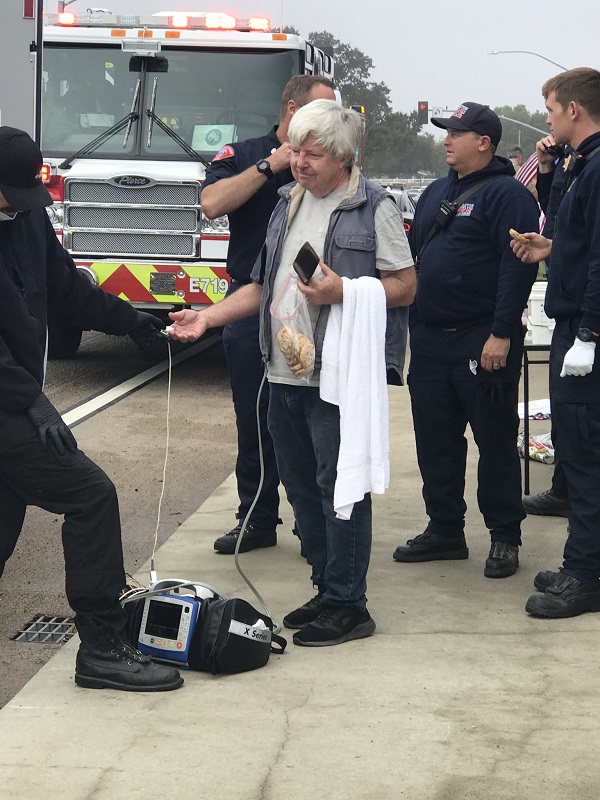 A victim receives treatment at the scene. Photo courtesy of Janice Mundee.

At least five sheriff’s units showed up along with a fire truck and ambulance. Miguel Angel Olivares, 46, from Arroyo Grande, was arrested for two counts of elder abuse with great bodily harm, unlawful use of tear gas, and resisting arrest. All of the demonstrators were treated at the scene and released. Mundee says, “We are pressing charges.”