Man arrested for possession of a controlled substance 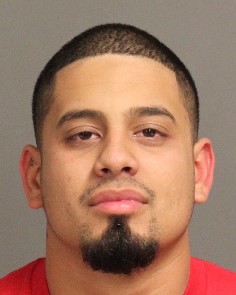 –On Wednesday, at approximately 4:05 p.m., a Paso Robles patrol officer observed a vehicle illegally parked in a red zone at an apartment complex in the 200 block of Spring Street.

The officer identified the driver as Hector Ivan Luperciochavez, a 20-year-old Fresno County resident, and the passenger as Juan Carlos Pachecofernandez, a 19-year-old Paso Robles resident.

During the course of this contact, the officer learned that Luperciochavez was wanted for two arrest warrants for traffic related offenses. He was arrested without incident for those warrants.

The officer next utilized his police service dog to conduct a narcotics search of the exterior of the vehicle. The police service dog alerted to the presence of narcotics inside the vehicle. During a search of the vehicle in response to this alert, officers discovered approximately seven ounces of suspected methamphetamine, along with approximately three ounces of heroin. Additionally, US currency and other drug sales related paraphernalia were located.