Man arrested for possession of assault weapons, other charges 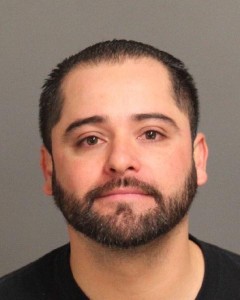 Castro was arrested in a follow up to a narcotics investigation in April. Investigators had a warrant for Castro’s arrest and initiated a traffic stop on Elks Lane this morning in San Luis Obispo.

This was part of a federal investigation into a methamphetamine and heroin trafficking operation that was operated by the Rocha family in Nipomo. “Operation: All in the Family” ended with raids on eight homes in San Luis Obispo County and resulted in 12 arrests. During those searches, investigators found more than 65 rifles, shotguns and handguns, and approximately $165,000 in cash.