Man arrested for possession of controlled substances, having loaded firearm 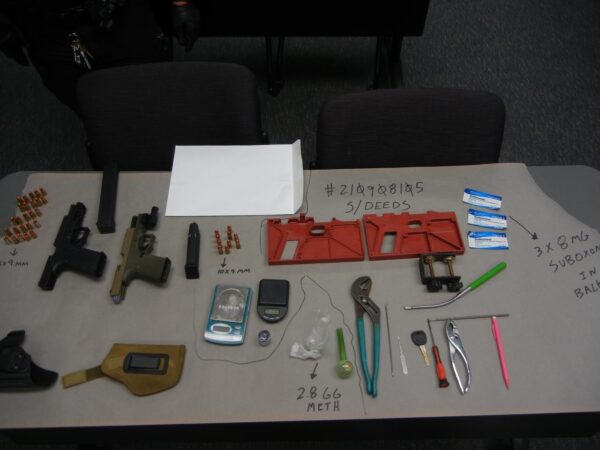 –On Wednesday, Sept. 8, at approximately 11:15 p.m., a San Luis Obispo Police officer stopped a vehicle near the intersection of Los Osos Valley Road and Calle Joaquin in San Luis Obispo for a traffic violation. The driver of the vehicle, Todd Deeds of Oildale, was found to have a felony warrant for his arrest out of Kern County and was also found to be in possession of methamphetamine.

Deeds was booked into San Luis Obispo County Jail for the following charges:

Bail was set at $100,000 and he will be arraigned in San Luis Obispo Superior Court for the above charges.