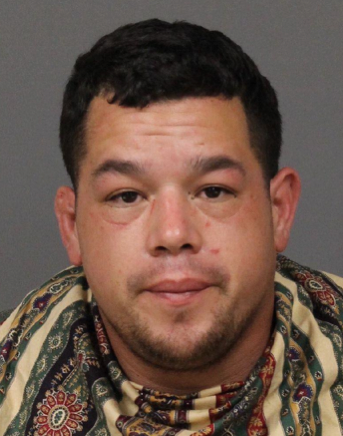 –Daniel Guerrero, a 33-year-old resident of Lompoc, has been place under arrest on charges of kidnapping and attempted sexual assault for an incident that occurred in Downtown San Luis Obispo.

On Monday at approximately 2:30 a.m. the San Luis Obispo Police Department received a call from the San Luis Obispo Sheriff’s Office regarding a kidnapping that originated in the City of San Luis Obispo. Sheriff’s deputies say two witnesses stated they saw a victim jump out of the suspect’s moving vehicle and then began yelling for help, stating she had been kidnapped. The witnesses assisted the victim and called 911 to report the incident.

During the deputies’ investigation, they discovered the original crime had occurred in the City of San Luis Obispo. They contacted the on duty SLOPD supervisor and requested an officer respond to Oceano to assist in the investigation.

A SLOPD officer responded to Oceano to interview the two witnesses. Upon arrival, the witnesses were speaking with deputies when they observed the suspect vehicle driving near their location. Both witnesses pointed out the vehicle to deputies, who got into their patrol vehicle and attempted a traffic stop on the suspect vehicle. Upon activating their emergency lights, the vehicle left the area at a high rate of speed. After a short pursuit, the suspect vehicle crashed and the suspect (Daniel Guerrero) exited the vehicle and attempted to flee the area. Deputies were able to catch Guerrero and placed him under arrest. Suspect Guerrero was transported to Sierra Vista Hospital where he was treated for minor injuries he received when he crashed his vehicle.

During the preliminary investigation officers determined the victim had been in downtown San Luis Obispo, where she had attended a couple of bars with some friends. At approximately 1:30 a.m., the victim was approached by Guerrero near the 700 block of Higuera. Guerrero named two of her friends and stated they had asked him to take her to a friend’s house. The victim stated she believed what she had been told by Guerrero. After a while the victim realized Guerrero was not going in the direction of her friend’s house and asked that he return her to downtown San Luis Obispo.

Guerrero refused and allegedly told the victim she was going to have sex with him. The victim told Guerrero that she would not have sex with him and requested that let her out of the car. Guerrero than began to assault the victim by punching her in the face and chest. After several attempts, the victim was able to unlock the vehicle and jumped from the moving car. The victim received minor injuries from the assault and jumping from the vehicle. She was transported to Arroyo Grande Hospital where she was treated for the injuries she received.

SLOPD detectives were called in to take over the investigation. Currently this is an ongoing investigation. Anyone with information related to this crime is encouraged to contact the San Luis Obispo Police Department. Suspect Daniel Guerrero was booked into the San Luis County Jail for charges of PC 207(a) Kidnapping, PC 220 Assault with intent to commit Rape, and PC 236 False Imprisonment. The San Luis Obispo Sheriff’s Office will be filing additional charges related to the pursuit and their contact with Guerrero. Bail was set at $500,000.