On Jan. 6, Paso Robles Police Detectives received information from a reliable source that a suspect, Steven Lindhorst of Paso Robles, was in possession of child pornography on his personal computer. 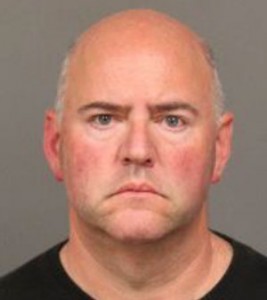 Detectives started an investigation and obtained a search warrant to analyze the contents of Lindhorst’s computer. With the assistance of the San Luis Obispo County Sheriff’s Office Crime Lab numerous digital images of suspected child pornography were discovered on his computer. Some of the images and videos appeared to have been manufactured by Lindhorst.

This additional information lead to a second search warrant for Lindhorst’s residence where a second computer hard drive was located. This second hard drive was also analyzed leading to the discovery of additional suspected digital images of child pornography.

An arrest warrant was obtained, and detectives placed Lindhorst under arrest on Wednesday evening for several felony violations. He was later transported to San Luis Obispo County Jail on the following charges:

This investigation is ongoing as detectives attempt to identify victims depicted in the digital images. At this time detectives have identified and contacted fourteen victims. Police are encouraging anyone with information regarding additional victims to contact the Paso Robles Police Department.

The Paso Robles Police Department encourages anyone with information regarding criminal activity in Paso Robles to contact Crime Stoppers at (805) 549-STOP (549-7867) or submit a Web Tip from the Crime Stoppers website at http://www.slotips.org. You can also submit a “TEXT TIP” by texting “slotips” and your message to CRIMES (or 274637). You do not have to give your name.