Paso Robles News|Tuesday, July 7, 2020
You are here: Home » Crime » Man arrested on suspicion of stabbing woman in the back

Man arrested on suspicion of stabbing woman in the back 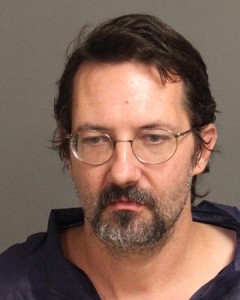 –On Thursday afternoon, San Luis Obispo County Sheriff’s deputies responded to a report of a woman who had been assaulted with a deadly weapon in the 70 block of 4th Street in Cayucos. When deputies arrived, the 49-year-old female victim reported she had been stabbed in the back with a knife and the male suspect had left the area on foot, police report.

Deputies began searching for the suspect and say they located him approximately 45 minutes later in the same general vicinity where the incident occurred.

Deputies arrested 43-year-old Matthew Sebastian Agrey of Cayucos on one count of assault with a deadly weapon.

The victim was taken to a nearby hospital and treated for her injuries.