Paso Robles News|Monday, September 21, 2020
You are here: Home » Crime » Man attempts to ward off arrest by defecating himself

Man attempts to ward off arrest by defecating himself 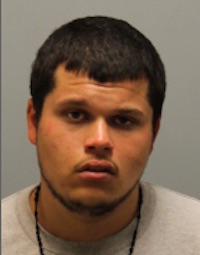 Police say Anthony Espinoza was contacted in the 900 block of Spring St. in Paso Robles when he was pulled over while riding a bicycle on the wrong side of the road. Officers attempted a probation search. Espinoza fled eventually making it to the 1400 block of Riverside, police say. He then reportedly defecated himself, put his hands in his pants and removed the feces with his bare hands. He “mushed the poop onto himself in an attempt to ward off the officers,” according to police.

He was arrested and methamphetamine was located in his backpack. He was transported to the San Luis Obispo County Jail on the charges.