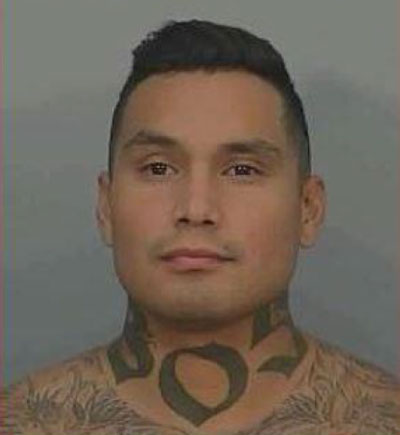 Richard Anthony Rodriguez arrested for allegedly shooting at his ex-girlfriend

–San Luis Obispo County Sheriff’s deputies have arrested 30-year-old Richard Anthony Rodriguez of Nipomo for allegedly shooting at his ex-girlfriend in her car earlier this month in Nipomo.

Rodriguez had been wanted since an incident in Nipomo on Feb. 19, when Rodriguez is suspected of pulling up in his car alongside another car with three female occupants inside. Rodriguez then fired off one shot at the women in the car. No one was hurt.

Rodriguez had last been seen headed southbound on highway 101 toward Santa Maria. The sheriff’s office put out a BOL (Be On the Lookout) to other local law enforcement agencies. The sheriff’s office said in a release that it is appreciative of the public’s help with this case in which it received a number of tips and leads regarding the whereabouts of Rodriguez.

–A suspect in an attempted murder is still wanted after authorities couldn’t find him at a Paso Robles motel. San Luis Obispo County Sheriff’s SWAT team surrounded the motel early Friday morning and most of the day, believing that Richard Anthony Rodriguez, 30, of Nipomo, was hiding in a motel room.

After authorities had tried repeatedly to contact the suspect with a loud speaker, members of the Special Enforcement Detail team breached the door to the suspect’s room. A motorized robot was sent in to search the room and the adjoining bathroom. The suspect was not located. It’s believed at this time, the suspect left that location prior to our arrival on scene, according Sheriff’s spokesman Tony Cipolla.

The Sheriff’s Office is continuing to follow up on tips and leads about the suspect’s whereabouts. It is believed at this time that Rodriguez is still in the county, Cipolla says. “We are asking for the public’s help in trying to locate him.”

Rodriguez is described as an Hispanic male, 5′ 9″ tall and weighing 205 pounds. He has brown eyes and black hair.

“If he is located, we ask that you don’t try to contact him as he is considered armed and dangerous,” Cipolla says. Anyone with information about the suspect involved, is urged to call the Sheriff’s Office at (805) 781-4550, or remain anonymous by calling Crime Stoppers at 549-STOP (549-7867). You can also text your tip to Crime Stoppers by texting “SLOTIPS plus your message” to CRIMES (274637) or submit your tip through the website SLOTIPS.org. 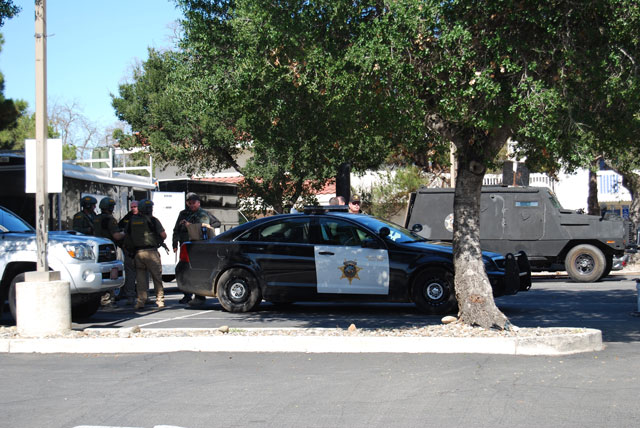 –San Luis Obispo County Sheriff’s officials have a Paso Robles motel surrounded as they wait out an attempted murder suspect believed to be holed up inside.

Sheriff’s spokesman Tony Cipolla says the incident began at 4 a.m. today when detectives discovered the suspect, Richard Anthony Rodriguez, 30, of Nipomo, was staying at Motel 6 on the 1100 block of Black Oak Drive near McDonald’s and Carl’s Jr. restaurants.

Authorities had been looking for Rodriguez since he allegedly shot at his ex-girlfriend in her car earlier this week in Nipomo, Cipolla says. She was not injured. A “be on the lookout” alert was sent to law enforcement early this morning and Paso Robles police reported the suspect’s vehicle was located at the motel. Authorities do not know if the suspect is armed, Cipolla says.

At 6 a.m. today, San Luis Obispo County Sheriff’s deputies along with a SWAT team and Paso Robles Police responded to the motel, evacuated guests and cordoned off the streets.