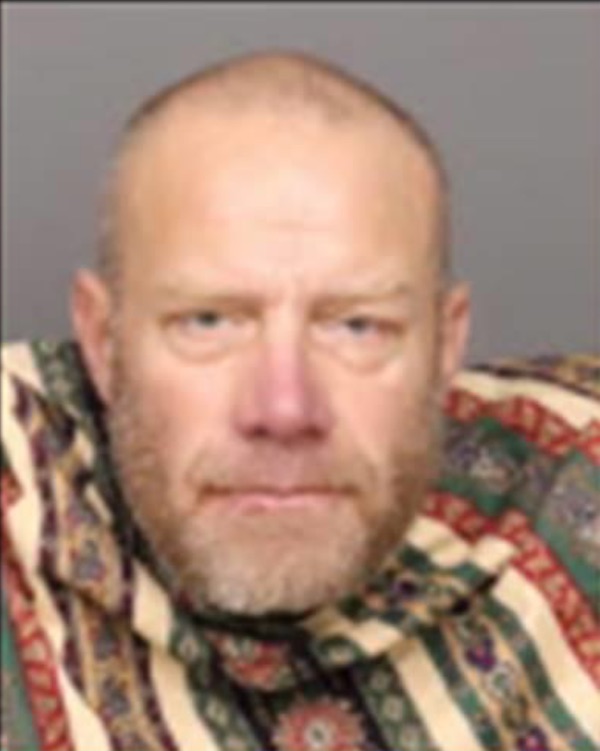 51-year-old Daniel Marcom is listed as a local transient with several hundred contacts with the San Luis Obispo Police Department dating back to 2004.

–On Jan. 8, at approximately 8:45 a.m., San Luis Obispo Police Department officers responded to Sierra Vista Hospital for a report of a patient threatening others in the hospital with a knife. There were two victims involved in this incident, one was a patient of the hospital who shared a room with the suspect and the other was a doctor who was treating the suspect.

Friday morning, suspect Daniel Marcom became angry with the patient he was sharing a hospital room with, and unprovoked, Marcom allegedly brandished a knife, threatened to harm the victim, and uttered a racial epithet at the victim causing the police to be called, police report.

Before that, the doctor treating Marcom had asked Marcom to be quiet, Marcom’s response was to threaten the doctor and uttered a racial epithet directed at the doctor, police report.

When officers arrived, the situation had stabilized, and no argument was occurring. After the officer’s investigation, Marcom was arrested on two counts of criminal threats (hate crime) and brandishing a knife. He was transported to San Luis Obispo County Jail without incident and booked. Marcom’s bail was set at $50,000.

Daniel Marcom is listed as a local transient with several hundred contacts with the San Luis Obispo Police Department dating back to 2004. The calls involving Marcom have been related to his alcohol use, trespassing, and mental health. He is also listed as an officer safety risk for threats to officers from an incident in 2010.