Man charged with willful cruelty to a child 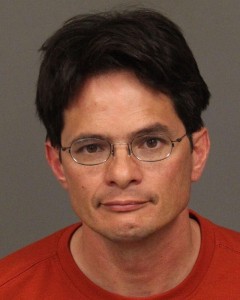 Trevor Harris has been charged with willful cruelty of a child for assisting his 13-year-old son in creating an illegal homemade pyrotechnic device that injured the teen.

On Sunday at approximately 10:15 a.m., San Luis Obispo County Sheriff’s deputies responded along with fire and medics to a report of a juvenile injured by the discharge of powder or a flare on Canet Road, in rural Morro Bay.

The victim, a 13-year-old male, was transported by ambulance to the hospital with injuries prior to the arrival of a deputy.

An investigation by deputies, detectives and bomb task force members found the victim was injured by an illegal homemade pyrotechnic device constructed with the consent and assistance of his father.

The victim’s father, Trevor Harris, was later attested for charges related to the device and the victim’s injuries. The incident is still under investigation. No further information is available at this time.