Man convicted of attempted murder in downtown shootout with CHP 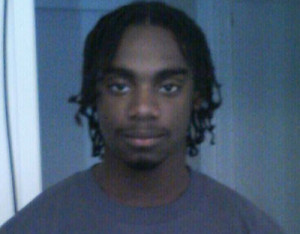 Update: The man who engaged in a gunfight with a California Highway Patrol officer in downtown Paso Robles was sentenced this week to at least decades in prison for his crimes, according to local reports. On Thursday he received consecutive terms of 34 years and eight months in prison.

Original story Jan. 24, 2014: The man who crashed his car in downtown Paso Robles, fled police officers and engaged in a gunfight, was convicted by a jury for his crimes Thursday.

Clifford Scott, 24, of San Diego, was convicted of attempted murder for shooting California Highway Patrol Office Adrian Ayala. He was also convicted on charges of evading a police officer, transporting cocaine and firing on a police officer.

The incident began before dawn on Oct. 27, 2012 when a CHP officer attempted to pull over Scott, who was traveling on Highway 101 with two women from San Diego. A pursuit began that ended when Scott crashed his Chevy Camaro into a tree the Great American Antique Mall at 13th and Spring streets. From there he fled on foot.

Officer Adrian Ayala, who had responded to a request for back up, pursued Scott on foot and gunfire was exchanged in the vicinity of 14th and Park street, where Scott hid in a dumpster. Both the officer and suspect sustained multiple gunshot wounds and were treated at the hospital for their injuries.

The courts are expected to set a date for sentencing on Tuesday. 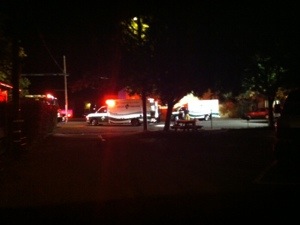 The chaotic scene before dawn after the shootout. 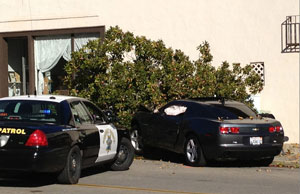 Clifford Allen Scott crashed into at 13th and Spring streets.