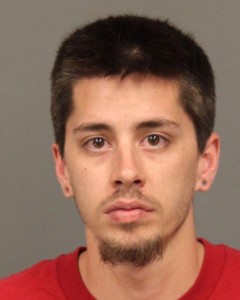 On February 22, Walton was asked to leave an AM/PM market in Pismo Beach when he had no money to purchase items he had selected. The store clerk reportedly locked up the shop and secured the door with a metal bar once Walton was outside, but when an argument ensued, opened the door once again to Walton, who used the metal bar to strike the 66-year-old clerk, causing injury.

The victim was wearing Sikh head gear (a patka), which the defendant forcefully took off the victim and handed it to an accomplice, Walton’s mother, who then used it to cover the rear license plate of their car before leaving the scene of the crime. Walton’s mother was originally facing charges in the case as well, but the charges were dropped when the prosecutors learned that she had died.