Owner of dog in fatal mauling case found not guilty 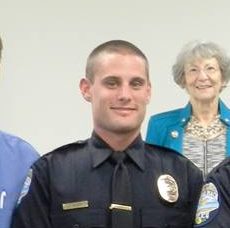 Alex Geiger was formerly a Grover Beach Police Officer. The dog, though a pet, was a former police dog from King City who had noted behavioral issues, according to reports.

The two-count felony criminal complaint claimed that Geiger had custody and control of a dangerous animal; that he knew that the animal was dangerous. Geiger’s Belgian Malinois was previously trained as a police dog in Kings County. When Geiger purchased the dog, he signed a waiver releasing liability because the animal had shown aggressive tendencies during training, according to reports. The complaints also claimed that he failed to use ordinary care in keeping the animal.

Geiger’s dog attacked 85-year-old Betty Long outside her home on Grover Beach Street. Her neighbor, David Fear, intervened in the attack and was critically injured by the dog. He died at the hospital a few days later. The dog was euthanized.

At the time, Geiger was a Grover Beach police officer. He was placed on administrative leave following the attack and later resigned.

“While disappointed with the result, the District Attorney’s Office wishes to thank the Jury for their diligent service to our community in hearing the case of People v. Alex Geiger.  The facts of this case are tragic for all involved and the incident has greatly affected the families of the victims Mr. David Fear and Ms. Betty Long.  Our staff at the Christopher G. Money Victim Witness Assistance Center will continue to provide available support to the victim’s families going forward.” 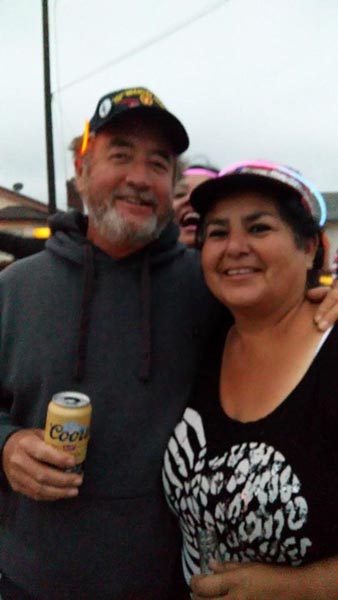 David Fear, a 64-year-old man from Grover Beach, succumbed to wounds sustained after protecting his 85-year-old neighbor from an attack by a Belgian Malinois owned by a Grover Beach Police Officer Alex Paul Geiger.

The two-count felony criminal complaint alleges that Geiger had custody and control of a dangerous animal; that he knew that the animal was dangerous; that he failed to use ordinary care in keeping the animal; and that the animal killed David W. Fear and caused serious bodily injury to Betty J. Long.

An arrest warrant has been requested for Geiger. A court date will be set after Geiger has been booked at the San Luis Obispo County Jail.

This is the first known case within San Luis Obispo County where a dog mauling has led to the death of an individual. However, since 2003 this office has filed 5 cases involving dog mauling that caused serious bodily injury. Those cases resulted in five misdemeanor convictions. The maximum punishment for the charges filed against Geiger is 3 years and 8 months in prison.

–The officer who was the owner of the dog that fatally attacked a man in Grover Beach has released a statement regarding the incident. The officer has been identified as Alex Geiger. His personal pet attacked David Fear, a 64-year-old man from Grover Beach, who succumbed to wounds sustained after protecting his 85-year-old neighbor from the Belgian Malinois.

“I can’t begin to imagine the pain and sadness that the families of Mr. David Fear and Ms. Betty Long are going through as a result of this tragic incident. I know my words cannot change what happened, but I wish to express my sympathies and prayers to the Fear Family during this difficult time. I am also praying for Ms. Betty Long and her family and I wish her a speedy recovery. “

Man dies after being attacked by police officer’s dog

–David Fear, a 64-year-old man from Grover Beach, succumbed to wounds Friday night sustained after protecting his 85-year-old neighbor from an attack by a Belgian Malinois owned by a Grover Beach Police Officer last week. 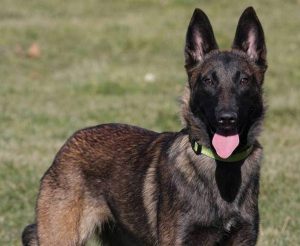 The dog was a Belgian Malinois, such as the one pictured here courtesy dogshomeonline.com.

On Tuesday Dec. 13, at about 1:15 p.m., Grover Beach police officers and the Five Cities fire authorities were dispatched to a dog attack in the 1100 block of Nacimiento Rd in Grover Beach. Upon their arrival they found two dogs running at large and two victims, an adult male and an adult female, suffering from serious injuries sustained during the dog attack. Officers were able to confine both dogs and identified one of the dogs, a 2 ½ year old Belgian Malinois, as the primary aggressive dog. The second dog, a German Shepard, did not appear aggressive and was secured by the owner. Medical personnel provided care at the scene and both patients were transported to a local area hospital for treatment. Fear died Friday night from the wounds that he sustained in the attack. Reports say that Fear stepped in to protect his neighbor, Betty Long, from the attack. He died after losing too much blood; the attack severed two arteries in his arm, reports say, and he contracted an infection.

Both dogs are personal pets of a Grover Beach police officer and not city-owned animals. The City of Grover Beach does not have a police canine dog program and the dogs in question were not certified by the City of Grover Beach or involved with the City in any way. The officer has been cooperating with the Animal Services investigation and relinquished ownership of the Malinois which was euthanized and submitted for rabies testing. The German Shepard has been secured by the owner pending the conclusion of the investigation and further evaluation of its involvement in the event. 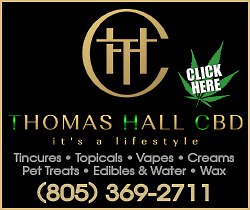